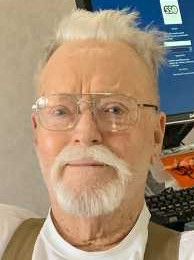 John’s life began on April 30, 1931, the son of John and Jennie (Smit) Bottema in Artesia, California. He served in the U.S. Army as a Corporal during the Korean War, and married Helen “Joan” Croft in 1954. She preceded him in death. In 1995 he married Gladys June (Payne) Arrasmith in Deadwood, South Dakota.

John was a mechanic, welder and shop foreman at Haliburton Industries. He loved racing and working on Hot Rod cars. Other interests included NASCAR, dirt bikes, dune buggies and off roading. He also rebuilt a 1931 John Deere tractor.

He was preceded in death by his parents; first wife, Joan; son, Johnny; brother, George Bottema; sisters, Winnie Greer and Kathryn Shearer. John passed away peacefully on Saturday, January 18, 2020, having reached the age of 88 years old.

Memorial contributions in his name may be directed to Presbyterian Manor, 4700 W. 13th Street, N., Wichita, Kansas 67212, or in care of Yazel-Megli-Zeiner Funeral Home, 902 E. D Street, Hillsboro, Kansas 67063. Please sign his online guest book and leave a memory of John at www.ymzfh.com

To order memorial trees or send flowers to the family in memory of John Lee Bottema, please visit our flower store.