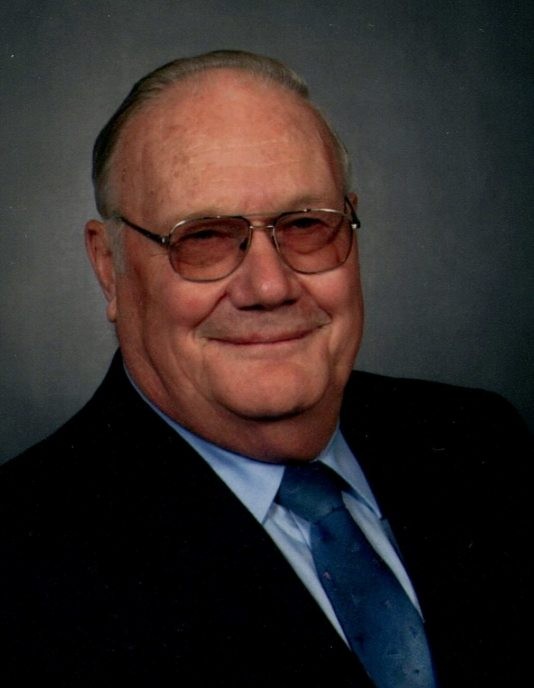 HERINGTON - John Conrad Heiser was born August 30, 1931, at Ramona, Kansas, to John and Mary (Kleiber) Heiser.  John was the last of three sisters and 2 brothers.  He grew up in a loving family when times were hard.  He attended grade school and high school in Ramona and graduated in 1949.  He attended Strassburg Baptist Church with his parents and family where he accepted Jesus Christ as his personal savior and was baptized and joined the church at the age of twelve years old.

John enjoyed meeting people from the time he was young until his death.  He worked for several farmers after graduation and later installed lightening rods for a period of time.  After this he worked for Dan Eitel who did custom combining, bailing, and silo filling.  He made a number of combine runs from Oklahoma to North Dakota.  Something he liked to do so he could see different parts of the country and meet new people.  It was during this time that he met Lucille Conrad (maiden name same as his middle name) and they started courting and they really enjoyed each other’s company.  They were united in marriage in September of 1953 and into this union five children were born:  Robert Wayne of Lincoln, Nebraska, Keith Eugene of Lincoln, Nebraska, (wife Kim and daughters Abigail and Hannah), Katherine Marie of Kansas City, Missouri (daughters Michelle, Brenda, Jennifer, and great grandson Ethan), Marilyn Sue of Louisburg, Kansas (sons, Jon and wife Colleen, Greg, and daughter, Bobbi Jo Carlson), and James Allen (wife, Misty, and son, Reese).

John made his last harvest run in 1954 and in September of 1954; he and Lucille moved to Emporia, Kansas, where he started to drive a truck for Thomas Truck Terminal and later he spent a number of years working for Tiede Truck Line of Herington.  In 1963, John and Lucille started their own truck line in Herington, Kansas.  With a lot of hard work and planning they were blessed to have a good business built-up over the year.  They hauled cattle from farmers to feed lot, to market, for farmers in Illinois, Iowa, Nebraska, Colorado, Missouri, and Kansas.

John loved to see feeder cattle grow to be fat cattle and go to market.  During this time he also served several years on the board of directors of the farm and market division of Kansas Motor Carriers.  In December of 1984, they sold their business and slowed down so they could travel more and meet relatives they had never met before.  They had some great times together playing cards and dominos and being with friends!

The call of the road sounded again in 1985 when he leased to Ohse Foods for about eight years.It was during this time that Lucille made a number of trips with him, enjoying each other’s company and seeing all 50 states.  He gave up over the road hauling in January of 1994, and they enjoyed a number of trips with family and friends making two trips to Alaska and to the west coast and Canada.  They also enjoyed a trip to the east coast on a fall foliage tour.

In the late nineties, and early 2000’s, John helped Ecklund Farms with Tim Biehler, as well as other trucking companies in the area filling in as extra help.

John and Lucille celebrated 65 wonderful years together.  He loved people and he loved life.

To order memorial trees or send flowers to the family in memory of John Conrad Heiser, please visit our flower store.