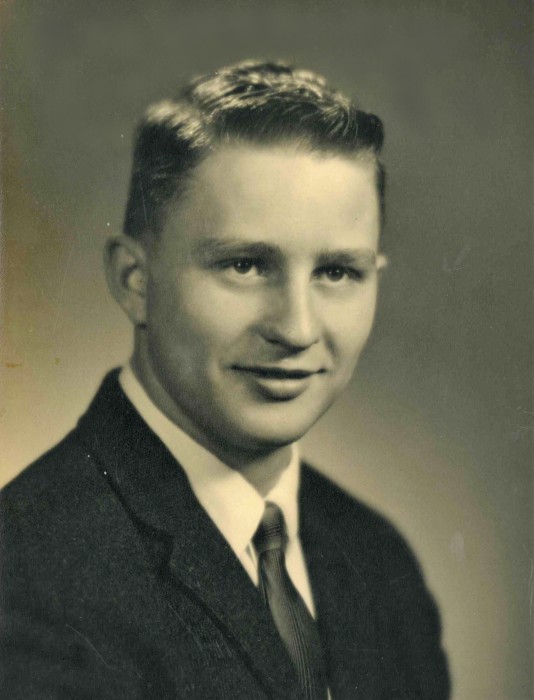 MARION- John Lee Kline was born on July 10, 1942, in Marion, Kansas. He was the fourth child of seven from the parents of Clarence and LaVerna Hawbecker Kline. He died on September 16, 2018, at 76 years old. Preceded in death by son Eric, parents Clarence and LaVerna Kline, brother-in-law Ron Post, and sister-in-law Evelyn Kline. At a young age, John and brother Jerry helped their Uncle Milt and Aunt Hazel Stenzel on the farm. John and Jerry also helped the Boettcher brothers on their farm. In high school, John was a part of the football team. His senior year in 1960, the football team went undefeated in their league and continued on to state. In 1965, John and wife Karen married at Eastmoor United Methodist Church. The following year, they welcomed their first born, Annette, in 1966. He joined the National Guard and was called to active duty. He was stationed at Fort Carson in Colorado, joined by Karen and Annette. He was drafted to Vietnam in 1968. While in Vietnam, he was wounded and received a Purple Heart. He was a lifetime VFW member. He returned home in 1969 and continued working for Riddle Rock and Sand in Marion, Kansas for 35 years. In 1970, John and Karen welcomed their second child, Eric. Jon Michael was born three years later in 1973. Shortly after Eric was born, they bought and renovated their first home. They went on to renovate six different homes around Marion. After leaving Riddle Rock and Sand, John and Karen decided to open the Town and Country in Florence, Kansas. His pancakes, biscuits and gravy, and pan-fried chicken were a town favorite. He worked for his sister and brother in law, Ron and Anita Post, for several years at Post Enterprises in Wichita, Kansas. He eventually returned to work in Marion for Hiland Dairy and later retired. After retirement, John and Karen traveled to Rockport, Texas for sixteen years to avoid the winters in Kansas. John loved gambling, fishing, camping, auctions, playing bingo, and spending time with family. He believed that his grandchildren were his greatest legacy. John is survived by wife Karen, daughter Annette, son Michael and his wife Patsy, brother Jerry and his wife Norma, sisters Anita, Jeanne and her husband Duke, Carol and her husband Ron, Sandy and her husband Martin, and Beverly and her husband Ron, brother-in-law Marvin, eight grandchildren (Casey, Kayla, Travis, Shanna, Lindsay, Shayla, Brooks, and Brianna), and one great-grandchild (Douglas).

To order memorial trees or send flowers to the family in memory of John L. Kline, please visit our flower store.