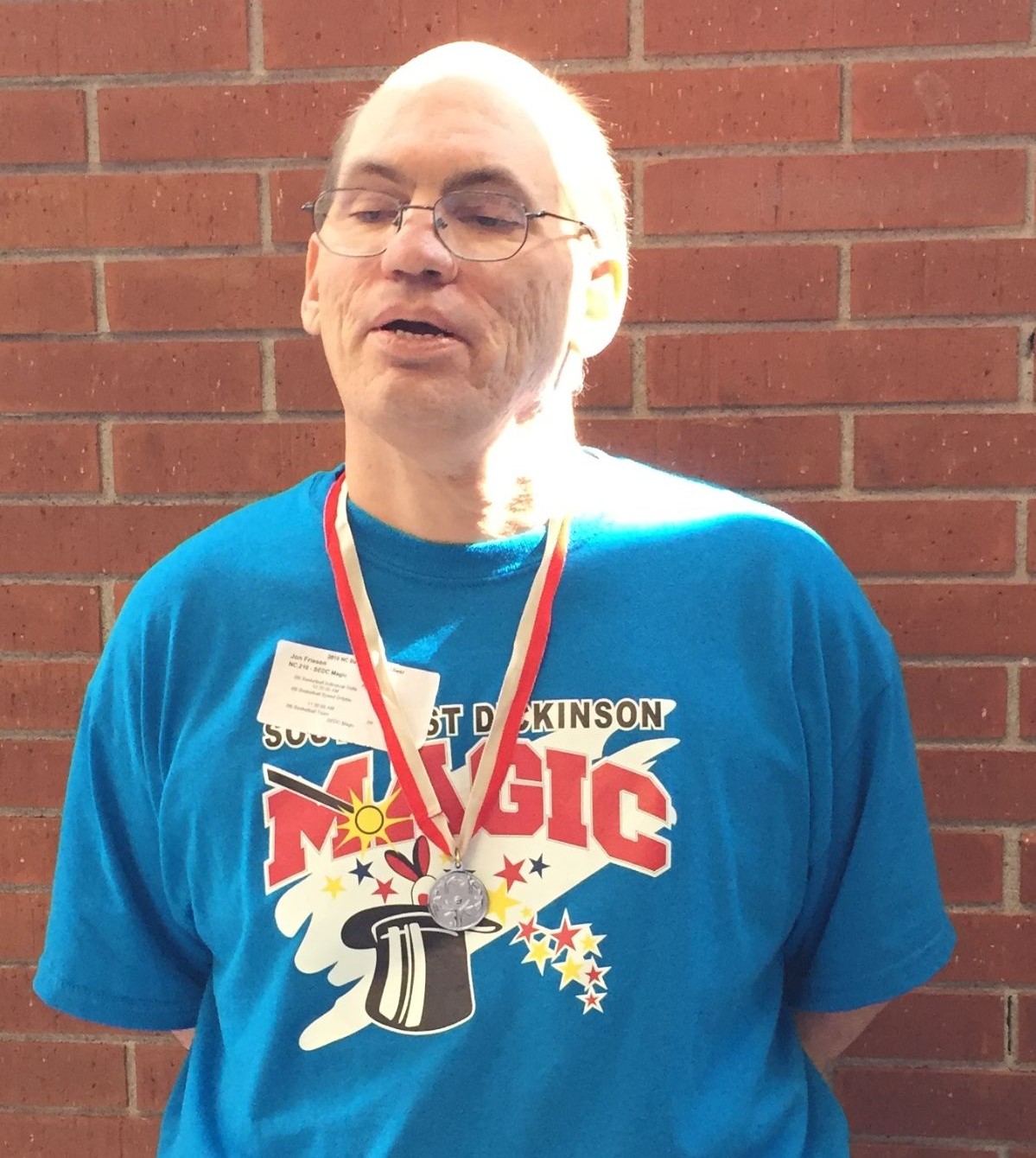 Jon's life began on January 20, 1967, in Dallas, Oregon. He is the son of Orley and Karen (Garrison)Friesen. Jon is a graduate of Hillsboro High School. He was united in marriage to Dawn Jenkins on September 7, 1999, in Salina. Jon was employed at Pizza Hut in Herington for many years and loved his job. He truly never met a stranger. Jon had a heart of gold and helped wherever he could. He had many routines, starting every morning with his coffee and bible. If Jon had your phone number, you were likely to get a text every morning and evening, and on Saturdays he would always call his dad and his sister Kim. Spending time with his wife, watching football, K-State being his favorite, game shows, and playing with his nephews were some of his favorite things to do. Most importantly, Jon loved Jesus and would often ask questions about scriptures he didn't understand. He participated in many different Special Olympic events, basketball being his favorite. He took pride in wearing his cowboys boots, hat and looking sharp. Jon is survived by his wife Dawn Friesen of Herington, Father Orley Friesen of Oregon, mother-in-law Susan Buchwald of Herington, father-in-law Tom (Jean) Jenkins of New Mexico, sister Kimberly (Scott) Simms of Oregon, sister-in-law Kristi (Kurt) Michaelson of Oklahoma, nieces and nephews Crystal Beynon, Becky Connolly, Kaleb Michaelson, and Kyle Michaelson and four great nieces and nephews. Jon passed away at his home on Thursday September 29, 2022. He is preceded in death by his mother, two brothers and a sister. His family will gather with friends on Thursday October 6, 2022, at the Faith Covenant Fellowship, Herington at 11 a.m. for his memorial service. Yazel Megli Funeral Home is serving the family. Memorial contributions in Jon's name may be directed to Faith Covenant Fellowship. Please sign his online guestbook and leave a memory of Jon at www.yazelmeglifh.com.

To order memorial trees or send flowers to the family in memory of Jon Marvin Friesen, please visit our flower store.