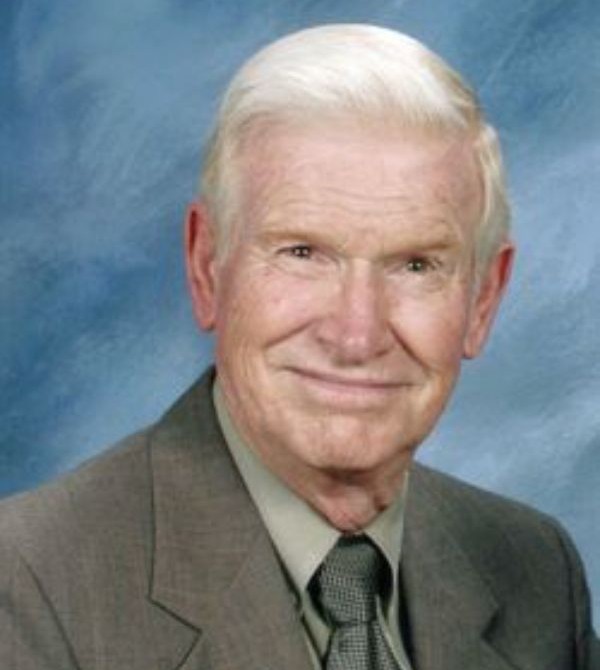 Joe Whitmore was born on March 10, 1933, in Newton, Kansas to Roy William Whitmore and Mary Agnes (Lintner). He peacefully went home to the Lord on March 28, 2020, in Richardson, Texas following a long battle with Alzheimer’s disease. He is survived by his devoted wife, Betty whom he married in 1990, his son Frederick (Fred) Whitmore and wife Leslie, his daughter Ann Mercado and husband Caesar, five grandchildren, and five great grandchildren. Joe is also survived by Betty’s children Charles (Ronnie) Robison and Judy Wittenback, four step-grandchildren and five great grandchildren. His sister Erma Lou Noll predeceased him in 2012.

Joe had an idyllic childhood growing up in Potwin, Kansas. He graduated from Potwin High School in the class of 1951. On March 10, 1953, he married Joyce Vogelman and they had two children, Fred and Ann. He achieved the rank of Corporal in the Army during the Korean War. Joe graduated from Wichita State University with a degree in Business Administration. After college graduation, Joe then took over the family business in Potwin, Whitmore Hardware and Lumber, which was established by his grandfather John Oliver Whitmore in 1909. Joe’s retail career transitioned into the agriculture business as he and his father sold hybrid corn and sorghum field seeds to local farmers with the Garst and Pioneer seed companies. In 1973, the company moved the family to Garden City, Kansas, where he served as District and Regional Sales Manager for the Garst Production Plant. In 1987, Joe moved to Richardson, Texas to be near his two children and to assist Fred, his son, in his mortgage company. In 1990, he married Betty (Thompson) Robison.

Throughout his life, Joe was devoted to showing and sharing the love and compassion of our Lord. He was baptized in his youth at the Potwin Christian Church. He was an active member and greatly enjoyed serving as a Deacon and Sunday School Teacher of the Potwin and Garden City Christian churches as well as the United Disciples Christian Church in Richardson. Joe and Betty also volunteered for many years at Methodist Richardson Medical Center. He especially enjoyed delivering cards and flowers to the patients.

In his spare time, Joe was a loyal fan of sports. He played baseball and basketball during his years in high school. As an adult, one of his favorite past-times was golf. Every Wednesday, he enjoyed playing a good round with his buddies until very late in life.
The family would like to thank The Plaza at Richardson staff that helped Betty take such great care of him during his final years.

Joe’s family will gather with friends at McGill Cemetery, Potwin, Kansas on Saturday April 23, 2022, at 4:00 p.m. for a graveside service. In lieu of flowers, the family suggests memorial gifts be sent to the United Disciples Christian Church, 601 E Main St, Richardson, TX 75081. Please sign his online guestbook and leave a memory of Joe at www.yazelmeglifh.com. Lamb Funeral Home, Whitewater, Kansas is serving the family.

To order memorial trees or send flowers to the family in memory of Joseph Oliver Whitmore, please visit our flower store.