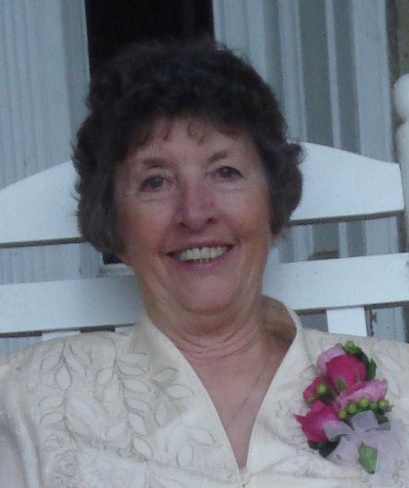 HERINGTON - Ernestine Joyce (Schlesener) Miller-Roever, age 82, passed away on January 17, 2020, at Salem Home in Hillsboro, Kansas.  She was born November 5, 1937, at her country home near Bushong.  She was the second of five children born to Elmer Harry Victor and Antonia Elizabeth “Ella” (Behrens) Schlesener.

Joyce was a 1956 graduate of Eskridge Rural High School.  After graduation, she moved to Herington to live with an aunt and got a job waiting tables at Mom’s Café.  This is where she met Don David Miller.  They were married on October 18, 1959, at his family home in Delavan.  Together they had four children, Jamie, Amy, Danny, and David, and were married 38 years until Don’s death in June of 1995.

She went on to marry Harold Roever of rural Herington in 1998 and moved to his farm where they enjoyed life together for seven years, until his death in October 2005.  Later, Joyce reconnected with her high school friend, Larry Mossman, of Winfield.  He became her “Sweet Larry” and held her hand through her journey with dementia.  Joyce would be the first to say she was blessed with three great loves in her life.

Joyce enjoyed working and held several jobs throughout her life but most enjoyed working at the Burdick Meat Market as well as at Oiltizer in Lost Springs.  This is where she worked for many years until taking time off to care for her own father who suffered from Alzheimer’s disease.  Later in life she enjoyed her job working at Discs Unlimited in Herington.

Joyce absolutely loved life and having fun.  She enjoyed a wide range of music and poetry, loved exploring the outdoors, writing and journaling, and working around the farm.  She loved best of all when her family would get together and always encouraged someone to perform for her.  She always stayed busy and did her best to find joy in every day.

She was a member of the Rock Island Church, Eastern Star of Burdick, and held different positions on the Burdick Council of Clubs throughout the years.

Joyce is preceded in death by her parents and brother, Keith Schlesener.  She is survived by her children, Jamie (husband-Phil) of Burdick, Amy (husband-Darren) of Lost Springs, Danny of Lincolnville, and David of rural Herington, as well as her sister, Geneva Wallace, brother, Eldon Schlesener (wife-Kathy), and sister, Helen Ellington, seven grandchildren, and twelve great grandchildren.

A Celebration of Life service will be 11:00am, Tuesday, January 21, at the Rock Island Church of Herington.  Visitation will be Monday evening, January 20, 6:00 – 8:00pm, at the Yazel-Megli-ZeinerFuneral Home-Herington Chapel.  Memorials have been designated to the Rock Island Church or  Salem Home of Hillsboro; and may be sent in care of Yazel-Megli-Zeiner Funeral Home-Herington Chapel, 404 S. Broadway, Herington, KS, 67449.

To order memorial trees or send flowers to the family in memory of Joyce Miller-Roever, please visit our flower store.