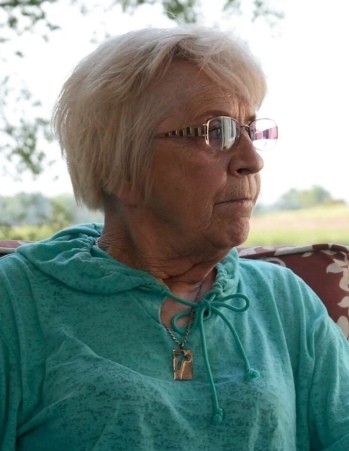 Karen was born on April 3, 1943, in Hope, Ks, the daughter of Solomon and Hanna (Longhofer) Brunner, She was the youngest of (6) children.

Affectionately known as "Mama Karen", she was known for her laugh, her amazing energy, and the overwhelming compassion that she had for those she loved.  She did not know a stranger and had a presence that so many were drawn to.  If you met her once, you would never forget her.

She attended grade school in Ramona, KS and graduated with the class of 1961 from Centre High School in Lost Springs.

She was the mother of (3) children, Nanette of Denver, CO, Jason Sader of  Greenwood, LA and Kodi Kelsey (Randy) of Marion, KS.

Karen was united in marriage to Mike Mowat on January 4, 1979.  Mike was her rock, her best friend and husband for 39 years.

Karen loved spending time with family and friends, playing cards with friends, crocheting, and hosting gatherings.  She was a hard worker, generous and kind to everyone.  She taught others how to find happiness, no matter the circumstances and left a lasting impression on everyone she knew.

Karen began working with the Rock Island railroad in 1976 as a Machine Operator.  She also worked for the Katy RR and retired from the Union Pacific in 2004.  She and Mike began working as a team in 1983 and were known as a valuable unit on Gang 8752, maintaining about a 100 mile stretch of territory from Herington to Wichita, KS.

She served as Secretary/Treasurer for over 20 years for the Lookout Lodge/B.M.W.E and also served as President of the American Legion Auxiliary Herington Post 12.  She took exceptional pride in her work and her volunteer work and set high expectations for those who worked with her.

Karen was preceded in death by her parents, a sister, Neva Applegate and 3 brothers, Omer, Jim and Irvin Brunner.  A niece Tara Gillett and nephew Kelly Gillett of Casper. WY and Diane Brunner of Owasso, OK and Mark Applegate of Herington, KS.

Sister Joan Gillett of Casper, WY is the last surviving sibling of Solomon and Hanna Brunner.

Karen will be laid to rest next to her parents in Lewis Cemetery at Ramona, KS.  A graveside service will be held on Saturday, September 1, 2018, at 11 am.  Services will be officiated by Jeremiah Lange of the Marion Presbyterian Church.

Everyone is invited to join the family at The Spot, Herington, KS - following services.

To order memorial trees or send flowers to the family in memory of Karen Susan Mowat, please visit our flower store.