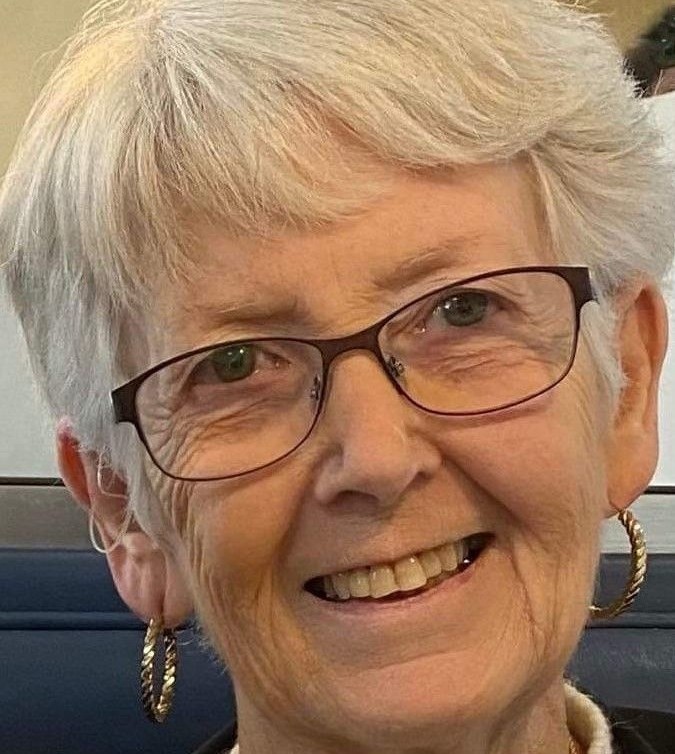 Kathryn Ann (Park) Armstrong was born on Tuesday, April 4, 1939 to Willard Grant (Bill) Park and Edith (Caress) Park at the Stubenhofer Home in Strong City, Kansas. Kathryn grew up south of Clements, Kansas with her sister Mildred and brother Bill. At the young age of 4 ½ she lost her mother. After the loss of their mother they lived with their grandparents until their father remarried Jesse Fagg from Emporia. The family then moved to their family farm south of the Stone Arch Bridge near Clements. Kathryn attended school in Clements where she graduated as Valedictorian in 1957. In September of 1958 she was united in marriage to Delvin O’Dell. To this union they welcomed 3 children, Rhonda Leigh, Bret Wade and Brenda Dee. From the time she graduated she had numerous jobs as a bookkeeper for several businesses in Florence and Marion. In 1970 she and Delvin purchased Beaston’s Market in Florence and started O’Dell’s Grocery that they ran together with their children until 1987.In 1988 she married Dean Armstrong in Arizona and together they owned and managed many businesses in Florence and Marion where she did all of the bookkeeping. After their retirement they enjoyed traveling and doing Antique Shows where they made many friends. During this time they wintered in Florida and came back to Kansas to enjoy time with family during the summer at their cabin at the Marion County Lake. Kathryn enjoyed hosting many friends and family in their home and was always ready to finish the evening with a good round of Rummikub or pitch.She loved all holidays but her favorite holiday was Christmas where she loved having all of the family in for a meal, gift exchange and the traditional Pitch Tournament that everyone tried so hard to beat Grandma at! If she knew someone was coming she had to immediately bake fresh cookies! Her cookie plate was never empty! Kathryn was a member of the Florence Christian Church where she taught Sunday School. She was baptized on Easter Sunday with her daughter Rhonda. She recently told one of her granddaughters that her greatest accomplishment in her life was her family who she adored as much as they adored her. Kathryn enjoyed many hours reading, playing board games and cards with family and friends. Kathryn passed away on March 9th 2022 in her home surrounded by her family. She is preceded in death by her parents, husband Dean and son Bret. She is survived by her children, daughter’s Rhonda (Eldon) Hett of Marion, Brenda (Bill) Clouse of Smithville, MO and daughter in law Randi O’Dell of Peabody. Stepdaughters Ann (Tim) Heide of Texas and Ellen (Mike) Egan of El Dorado. Grandchildren, Jerod (Natalie) Hett, Justin (Brea) Hett, Shawna (Albert) Johnson, Megan (Joel) Thomas, Alysha (Alex) Haines all of Marion, Kellan Clouse of Milton, FL and Keaton Clouse of Smithville, MO. Step Grandchildren, John Egan, Jaymie (Jesse) Adams, Ashton and Olivia Heide. Great Grandchildren, Easton, Nina and Ian Hett, Lily, Otis and Guss Hett, Caileigh and Carlynn Johnson, Rylee and Clayton Thomas and Tessa, Rhett and Lucas Haines. Siblings, Mildred (John) Hein of Wichita and Bill (Donna) Park of Sanger, Texas Sister in law June (Armstrong) Hoffman of Arizona and many cousins, nieces, nephews and friends. Her family will gather with friends on Wednesday from 6- 8 p.m. at Yazel Megli Funeral Home, Marion.  Her funeral service will be held on Thursday at 10 a.m. at the Christian Church of Florence.  Memorial contributions in her name may be directed to Good Shepherd Hospice or Marion County Lake in care of the funeral home.  Please sign her online guestbook and leave a memory of Kathryn at www.yazelmeglifh.com.

To order memorial trees or send flowers to the family in memory of Kathryn Ann Armstrong, please visit our flower store.