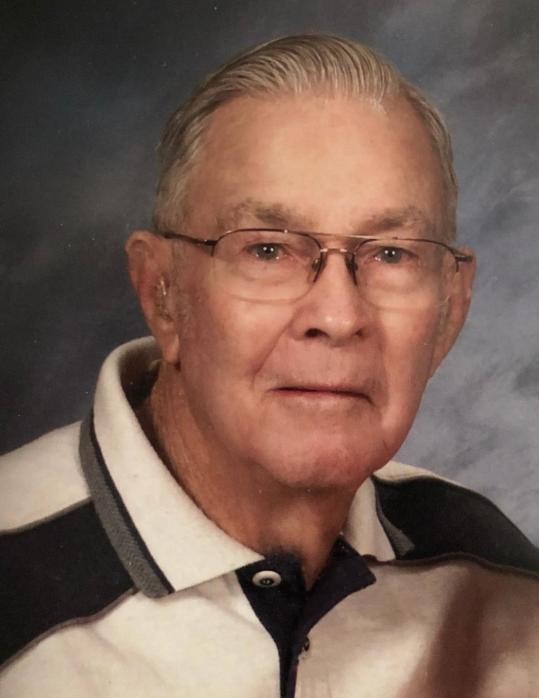 Funeral Service will be held at 10:30am - Wednesday, June 19th, 2019, at the St. Paul Lutheran Church, Herington, with Pastor Colleen Teeuwe, officiating.  Masonic committal will follow at the Sunset Hill Cemetery, Herington.   The family will receive friends Tuesday evening, from 7:00pm until 8:00pm, at the Zeiner Funeral Home-Herington Chapel.

Mr. Longabaugh was a retired conductor from the Southern Pacific Railroad, retired in November 1988.  Began working for the Rock Island Railroad in 1945, as a brakeman on steam engines.  Had a plumbing service for 18 years, known as KD Plumbing.  Graduated from Herington High School with the class of 1944.  Joined the St. Paul Lutheran Church in 1953.  Was a member of the Masonic Bodies, York Rite Bodies, and the ISIS Shrine for over 60 years.

Preceded in death by a brother Gerald Longabaugh, a sister Audrey Boysen, and an infant brother Gilbert Longabaugh.

Memorials to the St. Paul Lutheran Church, and may be sent in care of the Zeiner Funeral Home-Herington Chapel, 404 S. Broadway, Herington, KS 67449-3038.

To order memorial trees or send flowers to the family in memory of Keith D. Longabaugh, please visit our flower store.