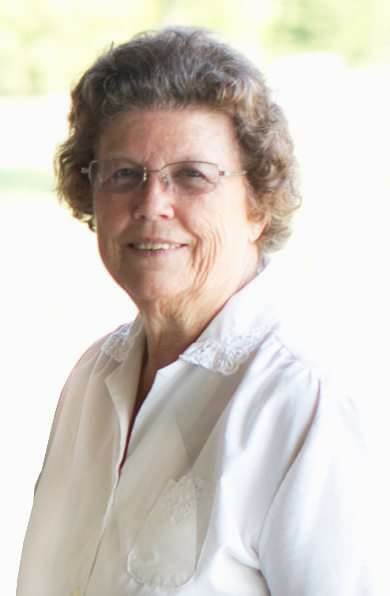 LaDonna’s life began October 12, 1939 in Clay Center, KS.  She was the oldest daughter born to James Elton and Donna (Hill) Hess.  She graduated from Clay Center High School in 1957.  She was united in marriage to William J. “Bill” Sherbert on May 31, 1959 in Wakefield KS.  LaDonna and Bill moved to Marion in 1964 where she was a stay at home mom for a while, then went to working at Charlies Burger Shake in Marion for many years.  In 1979, after teaching herself to type with a manual typewriter, she was hired on by Marion SRS Office as an Office Assistant, and proudly kept the position for 25 years, retiring in 2004.  LaDonna was an avid bowler, bowling 3 times a week at one point, and enjoyed attending state and national bowling tournaments. LaDonna and Bill decided to purchase Mar Bowl Lanes, later at Sher Bowl Lanes, in 2003, and later building on Willy J’s 9th Lane Sports Bar in 2008.  She loved to watch the K C Royals, and KU basketball.  LaDonna loved to sing and was involved with Sweet Adeline’s acapella choir for several years.  She enjoyed playing the lottery, sending out sweepstake entries, and dancing to a George Strait song, sometimes by herself. Her greatest joy was her family.  She leaves behind her husband Bill, of 61 years, of Marion, her daughter Donna (Randy) Bryant, and son Daniel Sherbert; all of Marion.  Grandchildren, Dustin (Summer) Sherbert, Jayden Hallowell, Ryan (Leigh) Funk, Jason (Tiffany) Funk, Joshua (Dawnell) Funk. Great grandchildren, Faith, Lilly, Elyssa, Kayden, Rylin, Kylus, Draven, Josell with number nine on the way. Also, her siblings, RoseMary Reece, Jean (Lon) Paquette, Eltanis (Ted) Volen and Butch (Nicole) Hess, as well as many nieces and nephews.  LaDonna passed away suddenly on Saturday, September 12, 2020 at St. Luke Hospital in Marion.  She is proceeded in death by her parents, granddaughter, Lyndsay Rae Sherbert and sister, Betty Lou Gingles. Visitation will be Tuesday September 15th, 2pm to 7 pm, with family from 5-7pm at Yazel-Megli Funeral Home, Marion.  Her graveside service will be held Wednesday September 16th at 11a.m. at Marion Cemetery.  Masks are optional.  Family and friends are invited to a gathering at Daniel Sherbert’s house afterwards for meal and to reminisce.

Memorial contributions in LaDonna’s name may be directed to the Alzheimer’s Association.

Please sign her online guest book and leave a memory of LaDonna at www.ymzfh.com

Obituary will be posted soon

To order memorial trees or send flowers to the family in memory of LaDonna Elsie Sherbert, please visit our flower store.