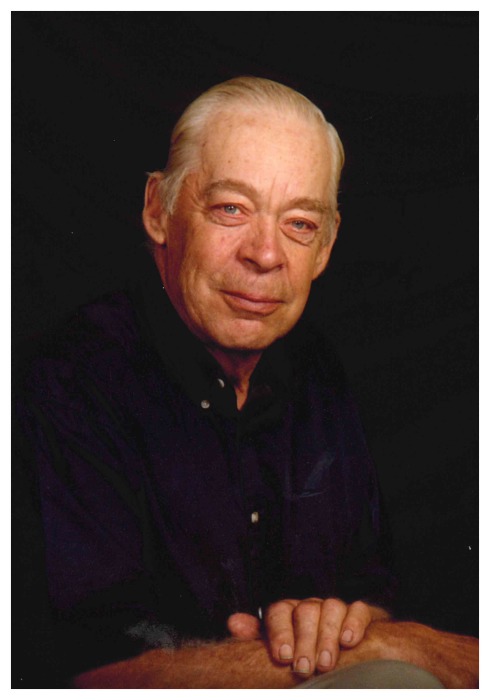 LaVerne Alvin Entz was born to Herman J. and Katie Busenitz Entz at the Bethel Deaconess Hospital of Newton, Kansas on June 19, 1937.  LaVerne had 2 older brothers, Herbert and Lewis, both deceased.  A sister, Katie, was stillborn in 1936.  Herman & Katie had bought a farm, located southwest of Whitewater, Kansas, the early summer of 1936 – drought year.  Later  3 sisters joined the family, Julia, Viola and Eldora.  When LaVerne was 2 years old, he discovered the technique of whistling, and could whistle with music.  He would whistle in church, and people would look all around to see who it was that was whistling, and finally their gaze would rest on LaVerne.  He was very shy, and easily embarrassed, that people would be looking at him and hid his face in his mother’s shoulder, stopping his whistling.  Then after a time, LaVerne would do it again, and the same thing happened.  He quit whistling for a long time, and had to relearn to whistle when he got older.

LaVerne had a playmate in his sister, Julia.  The children made up their own things to play with.  They would make bows and arrows out of a corn cob and 2 feathers, and then throw it, and it would turn and sail like a top, going thru the air.

The family mostly spoke German at home, and LaVerne knew very little English when he began school at the age of 6 years old.  His one-room school was named Pleasant Ridge, located 1 mile east of the home place.  LaVerne attended Pleasant Ridge all 8 years of his elementary years.  When it was very cold or snowy, his father would take 2 horses for the children to ride to & from school.  LaVerne’s first teacher was Arene Kaufman, who later became his aunt, married to Arnold Entz.  She taught LaVerne to speak English.  Mrs. Doris Appling was LaVerne’s favorite teacher, and followed Miss Kaufman.  LaVerne loved math, and at the end of his eighth grade he got a perfect score on the required Harvey County achievements tests.  No one had done that up to that time in Harvey County.  Mrs. Appling was ecstatic!

LaVerne’s parents were in favor of Christian education.  A Christian school, named Berean Academy had started in Elbing, KS in 1946, about 13 miles from their home, and LaVerne attended as a freshman, residing in the boys’ dormitory for the first 2 years of high school.  It was a “fun” time for him, along with the other boys residing in the dormitory.  They pulled a number of pranks on each other and on the dorm father and dorm mother.  One time, the dorm father needed to speak to LaVerne’s father about his son’s ornery behavior in the dorm.  LaVerne’s father then spoke to LaVerne on numerous occasions that weekend at home.  During LaVerne’s junior and senior years at Berean he drove the car back & forth to school, taking his sister Julia with him.

During his senior year, LaVerne was elected class president.  His class meetings were lively with jokes!  After high school, LaVerne attended Grace Bible Institute (now Grace University) in Omaha 1 ½ years.  While LaVerne was at Grace, he had a part time job at a service station, working for $2.00 an hour.  LaVerne also spent 2 years at Menninger’s Hospital in Topeka, serving in voluntary service.  After his time at Menninger’s, LaVerne decided to farm with his father and brother Herbert, liking the variety of jobs linked to farming, and being his own boss.  No day is exactly the same in farming.  LaVerne loved farming and enjoyed giving it his best effort.

LaVerne realized his need of making his own decision to follow Christ during fall evangelistic meetings, held at Berean, while he was 14 or 15 years old.  He took catechism at the Emmaus Mennonite Church, and was baptized soon after.  In the spring of 1963 LaVerne and Patricia Eck started dating.  Pat had attended Berean Academy at the same time as LaVerne and graduated also from Berean Academy.  They became engaged in December of 1963 and were married on July 10, 1964.  They have enjoyed 53 years of marriage.  Their oldest son Doug was born in 1966, Cynthia in 1968, and Brian in 1974.  The fall of 1967 LaVerne and Pat were rushing to a meeting when Pat noticed a lump on the side of LaVerne’s neck.  Reaching over, she touched the hard lump.  The next day, a call was made to the doctor, and after examination, it was determined that surgery was necessary.  It was cancer of the thyroid!  Praise God, a good report was received from the pathologist.  The cancer was contained, with a benign growth surrounding the cancer.  LaVerne had prostate cancer in 1994, and the surgeon removed it, and no further treatment was needed.

LaVerne was a good father to his children, playing games with them in the evenings – board games, and softball, and disciplining them as needed.  LaVerne & Pat enjoyed taking a week or two vacation every year to spend time together as a family and make memories with their children, during the slack time during the summer.  They began this “tradition” when Doug was 9 months old, pulling a pop-up camper behind their car.  Later on, they bought a pickup camper.  They took many trips to different places in the US.  Overseas trips were also taken to Israel, Western Europe, Alaska, and Nova Scotia and Canada for special occasions.  Also, in 1996 LaVerne & Pat went on a Bible Distribution trip to Krasnodar, Russia, with Avant Ministries.  On July 10, 2014 LaVerne & Pat celebrated their 50th anniversary.  We celebrated with our children, family & friends, giving thanks to God for His gracious work in our lives.  Following, we spent time with Pat’s sister in Oregon, and rode the Rocky Mountaineer train in Canada.

Two disasters did destroy parts of our farm operation.  The night following our milo harvest, in November, 1988, our elevator became engulfed in flames at 2:00 AM.  The fire destroyed the elevator and damaged the grain, stored in the elevator.  Farmers from our church family brought their grain trucks and cleaned the milo-with a grain cleaner and hauled the grain to the Colwich ethanol plant.  Kind farmers helped with the cleanup.  After 1 year of rebuilding, LaVerne had a new, and better, elevator system.  God gave the wisdom, and direction in building.  On June 19, 1990 a storm with 100 mph winds, and a small tornado, blew down our barn, garage, machine shed, and half the silo-as well as moving it off the foundation.  Again, rebuilding took some time, and God gave us the wisdom and the resources.

LaVerne & Pat have both been very active in the Gideon ministry, since 1978.  This is a great mission organization, spreading God’s Word all over the world into over 200 countries, in over 94 languages.  LaVerne served regularly as a camp officer.  LaVerne also served with the Central Kansas Prison Ministries, mentoring around 10 prisoners.  Most of these prisoners have come to know the Lord as their Savior.  To LaVerne’s knowledge none of these prisoners have had to go back into prison.

In May of 2007, LaVerne & Pat began attending the First Evangelical Free Church in Wichita, KS.  The preaching and teaching of the pastors, the teaching and fellowship of the “Transitions” Sunday School class, and Bible studies have been appreciated.

Sadly, LaVerne was diagnosed with Alzheimer’s disease the fall of 2014.  The last years of LaVerne’s life has been a difficult road to travel.  Praise God, LaVerne is now in his heavenly home, rejoicing.

To order memorial trees or send flowers to the family in memory of LaVerne Alvin Entz, please visit our flower store.