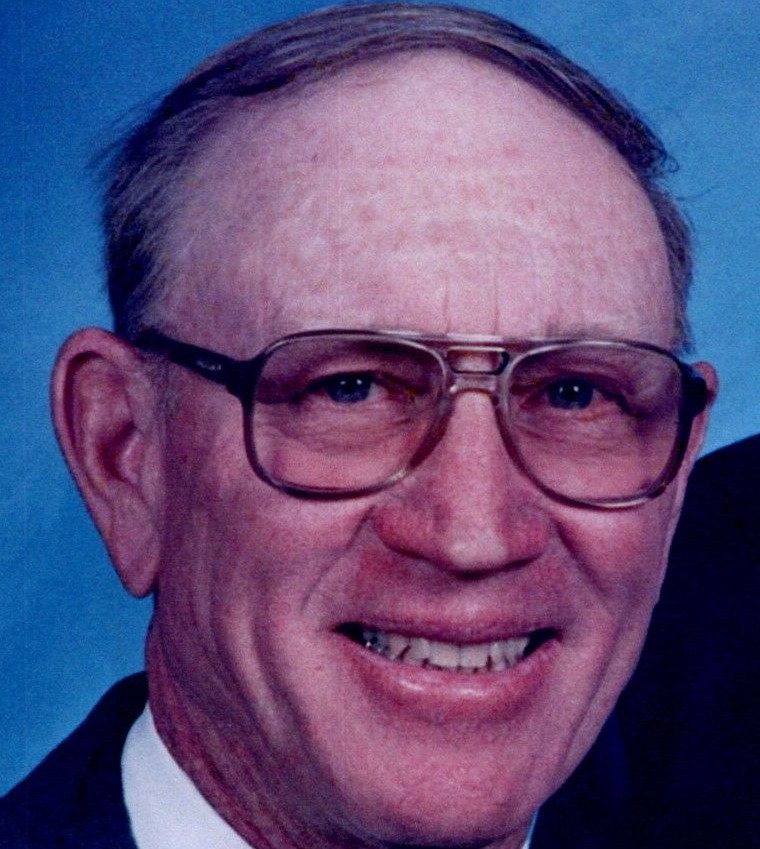 Leland’s life began on November 5, 1930, in Lincolnville.  He was the son of Rudolph H. and Ottilie A. (Krause) Albrecht. Leland was a graduate of Lincolnville High School. He was united in marriage to Lola L. Blocker on April 17, 1960, at St. Luke’s Lutheran Church in Bazine, KS. Leland served his country in the United States Army from 1954 until 1956 when he returned home to the family farm. He was a farmer and stockman for his entire life and was dedicated to his farm and family. He served on the Co-Op Board for several years, Marion County Farm Bureau Board and was a member of St. John Evangelical Lutheran Church in Lincolnville where he volunteered for many years. Leland’s greatest joy was his family. He is survived by his children Janelle (Mike) Rogers of Salina, Royden (Ginny) Albrecht of Lincolnville, Janise (Kris) Lemuz of Wichita and Rodney Albrecht of Burdett; grandchildren Kendra (Damon) Walther, Erik (Anh-minh) Rogers, Dylan Lemuz, Deena (Bobby) Stanley and Vivian (Tim) Stephens; ten great grandchildren, brother Gail Albrecht of Lindsborg and several nieces and nephews. Leland passed away at his home on Friday January 28, 2022, in Marion. He is preceded in death by his parents, wife, and siblings Sylvester, Erano, and Merle Albrecht, Ruth C. Gregg, and Lola Brockmeier. Leland’s family will gather with friends on Thursday February 3, 2022, from 6-8 p.m. at Yazel Megli Funeral Home, Marion. His funeral service will be held on Friday February 4, 2022, at 10:30 a.m. at St. John Evangelic Lutheran Church in Lincolnville with military honors and burial to follow at Lincolnville Cemetery. Memorial contributions in Leland’s name may be directed to St. John’s Evangelical Lutheran Church or the Marion Senior Center. Please sign Leland online guestbook and leave a memory at www.yazelmeglifh.com.

To order memorial trees or send flowers to the family in memory of Leland M Albrecht, please visit our flower store.