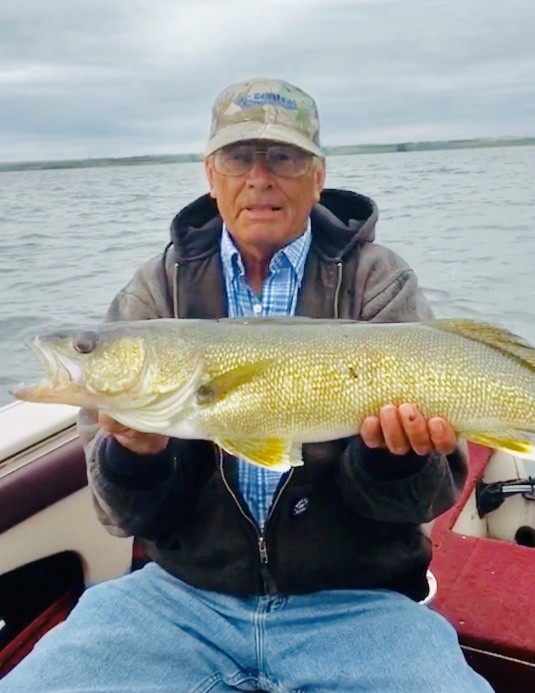 Leroy Paul Christner was born at the Herington Municipal Hospital on December 13, 1948 to Simon “Sipe” and Gertrude Irene (Steely) Christner.  He had two brothers, Harold Floyd,Wendell Lee, and a sister, Ella Gertrude Christner.

Whitey graduated from Centre High School with the class of 1966.  He was drafted in the U. S. Army, May 23, 1968.    He was honorably discharged December 22, 1969, and allowed an early out for serving a tour of duty overseas.  He went to work for Tox-O-Wik and Tatge Chemicals.  From there he was hired as a rural letter carrier in Council Grove.  After having numerous flat tires from the rural mail carrier flint rock roads, he transferred to the Herington Post Office.  His main position was maintenance/letter carrier, and he filled in wherever needed. He retired in 2013.

Whitey was an avid fisherman.  He had his favorite cap, drink, and fishing pole he would take to his favorite fishing hole.  Copperheads liked his fishing holes, too, and he was always on the lookout for them.  He would either smash their heads or shoot them.  One of the ones with a smashed head made it to the Herington High School science lab and was kept in formaldehyde in a jar for quite a few years. He was never bitten by the snakes. He caught many prize winning fish and there were several stories written about him in the local newspaper. His last words in his final telephone conversation were, “are the fish biting?”    When he was not fishing he was hunting.  Once upon a time there was a bobcat going to have him for lunch but Whitey was quick to the draw and the bobcat became a stuffed one in his home. Whitey was a friendly guy and close to his neighbors and their pets.

Whitey is preceded in death by his brother, Harold F. Christner on January 25, 2014, and his parents.

The family requests memorials to the Wounded Warriors Foundation; and may be sent in care of the Yazel-Megli-Zeiner Funeral Home-Herington Chapel,  404 S. Broadway, Herington, KS 67449-3038.

To order memorial trees or send flowers to the family in memory of Leroy Paul Christner, please visit our flower store.