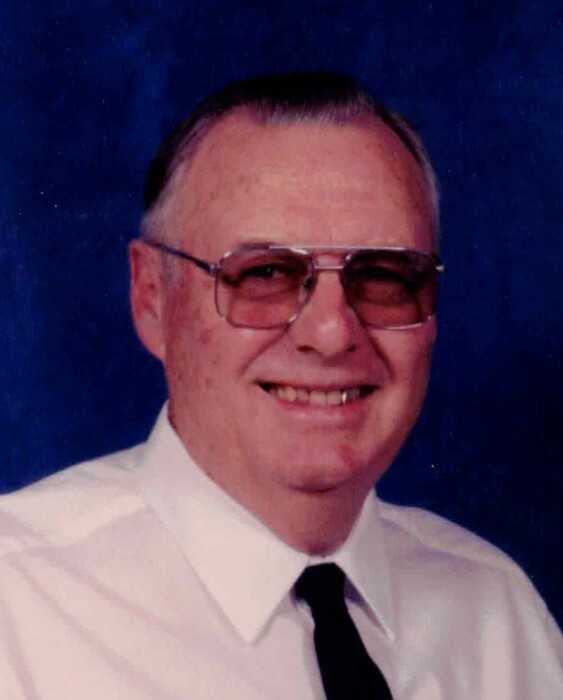 Leroy Henry Strotkamp was born on January 26, 1931, at home on the land homesteaded by his great grandparents in 1880. He was the third child of Joseph Henry and Sarah Eva (Olsen) Strotkamp. He passed away peacefully on Sunday, February 14, 2021, at St. Luke Living Center in Marion, Kansas.

He lived his entire life in Marion County, Kansas – living in the Burns-Summit area before the family moved to Peabody in the mid 1930’s. He attended school in Peabody and Burns. Even though he lived in Marion the last six years of his life, Peabody was always home. Throughout his entire life he enjoyed tinkering around with different projects and had a love for dogs.

At the age of 16, he went to work for Tucker Produce in Peabody, driving the country route picking up eggs and cream from the farmers. He later worked various jobs including Beech Aircraft in Wichita and driving a semi hauling cattle. In 1959, he went to work for the post office in Peabody carrying mail for the entire town every day. People said you could almost set your clock by when the mail arrived when he was delivering it. After 31 years with the postal service, he retired. After retirement, he enjoyed helping out at the Dari Crème with his sister Mary and brother-in-law “Doc” Stovall. He always enjoyed visiting with people.

Leroy was baptized into our Lord Jesus Christ on August 30, 1999.

He was preceded in death by his parents, Joe and Eva Strotkamp; his wife, Betty; his older brother, Joseph Henry Jr. who died in infancy; his sister, Mary Stovall and brother-in-law, Melvin “Doc” Stovall.

Viewing without the family present will be Thursday and Friday, February 18 & 19, from 9-5 at Yazel-Megli Funeral Home, 205 Elm in Marion. Funeral service Saturday, February 20, at 11:00 a.m. at the Peabody Christian Church, 301 N. Sycamore in Peabody, with Pastor Jim Pohlman officiating. Interment will follow in Prairie Lawn Cemetery, Peabody.

Memorial contributions in his name may be directed to Peabody Christian Church or Good Shepherd Hospice in care of Yazel-Megli Funeral Home, P.O. Box 96, Marion, Kansas 66861. Please sign his online guest book and leave a memory of Leroy at www.ymzfh.com.

To order memorial trees or send flowers to the family in memory of Leroy H Strotkamp, please visit our flower store.