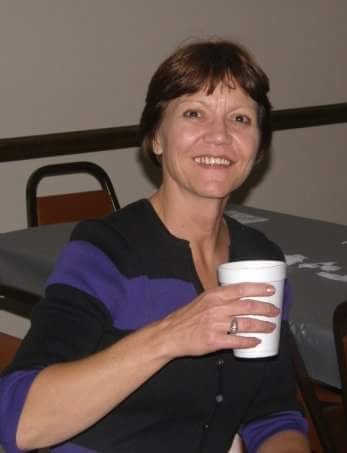 Leslie (Simon) Wilmore, 58 of Whitewater, passed away on May 7th, 2018 at Via Christi St. Francis Hospital in Wichita.  Leslie was born August 13, 1959 in Lyons, KS to Donald and Wanda (Hayes) Simon. She was a graduate of Lyons High School, class of 1977; and later graduated from Hutchinson Community College with a registered nursing degree.  Leslie married the ride of her life, Sam Wilmore, February 12th 2006. Together they resided in Whitewater for 13 years. Leslie enjoyed camping and fishing, Harley Davidson motorcycles, and her three boxer fur babies. She was very proud to be a RN, working as a post-op nurse in Wichita for many years.  Leslie was a loving mother, grandmother, sister, aunt, and friend. She is preceded in death by her parents. Leslie is survived by her husband Sam Wilmore; sons Jason (Carole) Snow, Jake Snow and Kevin Franzen; daughters Sophie (Kyle Roberts) Snow and Jade Wilmore; her brother Michael (Jodi) Simon; sisters Laurie (Phillip) White and Dawn Simon; grandchildren Summer and Sawyer Snow and Avyon and Akierya Glover.

To order memorial trees or send flowers to the family in memory of Leslie DeAnne Wilmore, please visit our flower store.