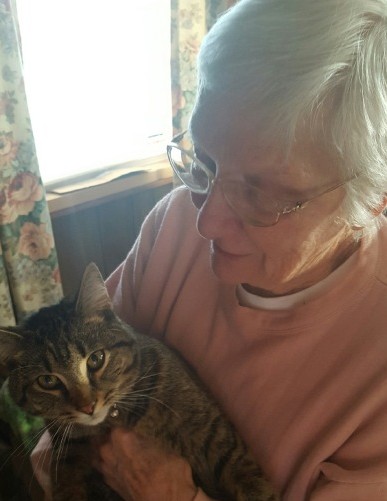 Potwin- Linda Ravenscraft, 75, passed with her son and daughter by her side June 19, 2017 at Wesley Medical Center in Wichita.  Linda was born June 12, 1942 in Newton to Elvin and Hattie (Ullum) Long.  She graduated from Potwin High School in 1960.  In 1964 she and Jerry Ravenscraft were married.  She was employed and retired from Norcraft Co. in Newton.

The funeral service will be 10:00 a.m. on Friday, June 23, 2017 at Potwin Christian Church in Potwin.  Interment will be at the Whitewater Cemetery following the service.  Visitation will be 6 -8 p.m. Thursday the 22nd at Lamb Funeral Home, Whitewater.  Memorials in Linda’s name can be made to the Potwin Christian Church or Caring Hands Humane Society in Newton in care of the funeral home.

To order memorial trees or send flowers to the family in memory of Linda Lorene Ravenscraft, please visit our flower store.