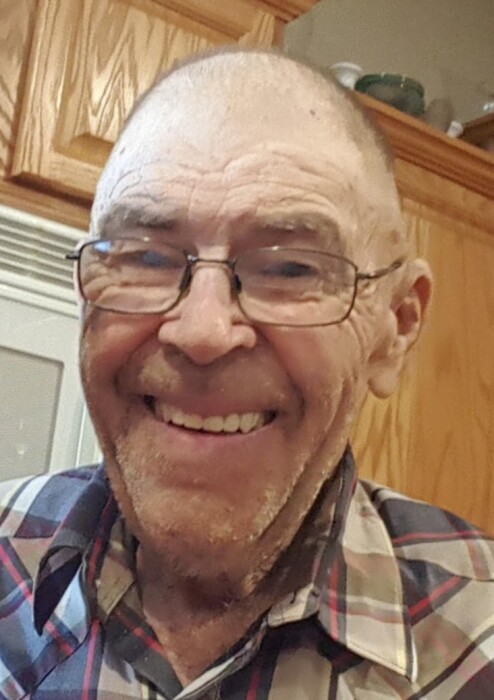 Lloyd's life began on August 31, 1936 in Newton. He was the son of Frederick T. and Bernice Kay (Abplanalp) Harvey.  He graduated from Potwin High School and served his country in the United States Army in the late 1950's.  Lloyd was a livestock farmer and rancher.  He raised pork for a while then moved into the cattle business.  Lloyd was united in marriage to the former Barbara Lee Hagen on November 16, 1958 at the Potwin Christian Church.  He was active in 4H as a youngster living on the farm.  Lloyd served on the Whitewater Watershed Board for many years, was a member of Farm Bureau and was a Remington High School booster.  He loved sports and mostly arguing about sports with others.  Lloyd's loving family includes his children Elizabeth (Randy) Smith of Arlington and Jeff (Alicia) Harvey of Owosso, OK; grandchildren Whitney, Brandon, Rilee, Chanze, Corey, Kendra, and Austin; great grandchildren Gauge, Adilyne, Melrose, Jamison, Adilyn and Huntleigh.  Lloyd passed away on April 3, 2021 at Newton Presbyterian Manor.  He is preceded in death by his parents, wife Barbara, grandson Kyle Smith, and his sister Beverly Ann Chase.  His family will gather with friends on Wednesday from 6-8 p.m. at Lamb Funeral Home, Whitewater where his funeral service will be held on Thursday at 1 p.m. Lloyd will be laid to rest in Walnut Valley Memorial Park, El Dorado with military honors.  Memorial contributions in his name may be directed to Heart and Soul Hospice or Newton Presbyterian Manor in are of the funeral home.  Please sign his online guestbook and leave a memory of Lloyd at www.ymzfh.com.

To order memorial trees or send flowers to the family in memory of Lloyd T Harvey, please visit our flower store.