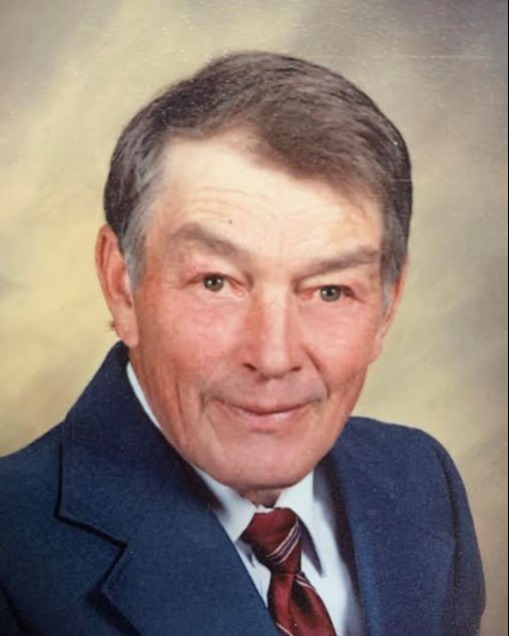 Lee’s life began on March 7, 1941, on the farm in Lincolnville.  He is the only child of Louis Henry Kaiser and Johanna (Brunner) Kaiser.  Lee was a graduate of Centre High School in their first graduating class of 1959.  He was a baptized and confirmed member of the St. John’s Lutheran Church in Lincolnville and married his wife Ruth Lais at the church on June 20, 1969.  They made their home on the farm in Lincolnville, making the young couple the fourth generation of Kaisers to live on the land.  In the earlier years, he worked with a custom cutting crew and in the oil fields.  In the later years he worked for over 10 years with the Range and Ground Maintenance at Fort Riley.  He served his church in many positions and several roles over the years.  As well as helping in the community as needed “He never knew a stranger”.  Throughout his life, his passions for farming and ranching as a steward of the land was shared with his kids and grandkids.  His loving family includes his wife of 53 years, Ruth Kaiser of Lincolnville, David (Shelley) Kaiser of Marion and Angela (Chad) Schmidt of Overland Park; grandchildren Michael (Allie) Kaiser, Stephen (Penelope) Kaiser, Mickayla (Kendall) Harding, Hayleigh Mendoza, Blake Kaiser, Claiborn Schmidt and Bodie Schmidt; and seven great grandchildren.  Lee passed away on Saturday November 19, 2022, at St. Francis Hospital in Wichita.  He is preceded in death by his parents.  Lee’s family will gather with friends on Friday November 25th from 6-8 p.m. at Yazel Megli Funeral Home, Marion.  His funeral service will be held on Saturday November 26th at 10:30 a.m. at St. John’s Lutheran Church, Lincolnville led by Pastor Alan Stalnaker.  Lee will be laid to rest in Lincolnville Cemetery.  Memorial contributions in his name may be directed to St. John’s Lutheran Church or the Lutheran Hour.  Please sign his online guestbook and leave a memory of Lee at www.yazelmeglifh.com.

To order memorial trees or send flowers to the family in memory of Louis Lee Kaiser, please visit our flower store.