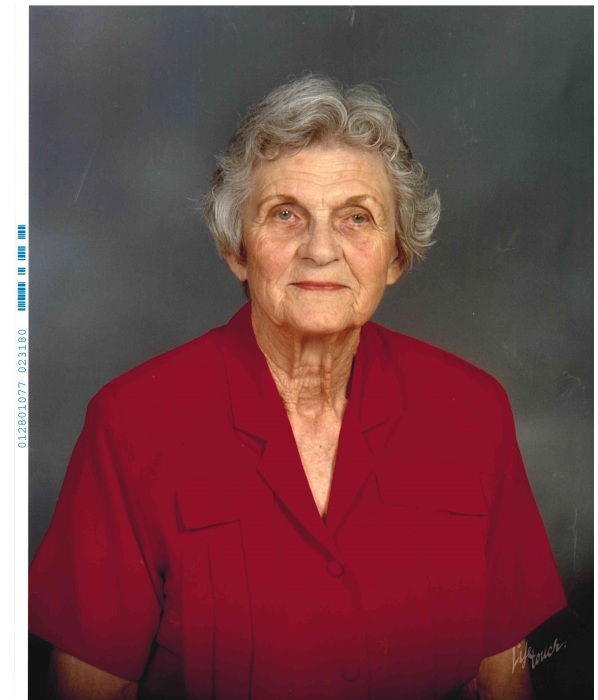 Margaret Pachta Vinduska was born October 12, 1922 near Belleville, Kansas.  She is the only child of Adolph and Stella (Chopp) Pachta.  Margaret started school in a country school and graduated from Belleville High School in 1939.  Her parents bought a piano-accordion that she learned to play for school programs, glee club and mixed chorus.  She attended the Lincoln, Nebraska School of Commerce and worked for the Lincoln Packing Company and was a civilian employee of the Lincoln Army Air Corps base. Margaret also played the piano at Beaumont's Tea Room for three years while in Nebraska, playing request for the soldiers.  She was an organist at St. Edwards Catholic Church in Belleville from 1930 until 1941.  After moving to Lincoln, Nebraska, she was an organist for the Catholic and Protestant chapels on the air base.  On June 3, 1946 she was united in marriage to Paul Vinduska, living near Pilsen for 73 years.   Margaret joined the Senior Choir at the St. John Nepomucene Catholic Church in 1953 and became the organist in 1957 and continued playing in the parish until she was 90 years old.  She was a member of the Wichita Diocesan Liturgical Commission after Vatican II.  Margaret attended all the workshops learning about the new liturgies.  She was a member of the Newton district Council of Catholic Women, the VFW Ladies Auxiliary, the American Legion Auxiliary and Holy Family Parish   Margaret's loving family includes her son Edward Vinduska of rural Marion, and daughter Darlene (Dick Nancarrow) Vinduska of Overland Park; grandchildren Marcus (Amy) Meerian, Matthew, Melinda and Michael (Mariana) Meerian and Cecilia Nancarrow and several great grandchildren.  Margaret passed away on Thursday August 22, 2019 at the Hillsboro Community Hospital.  She is preceded in death by her parents, her husband Paul and daughter Carolyn Meerian.  Margaret's family will gather with friends on Saturday August 24th at 10:30 a.m. at Holy Family Church in Marion for Rosary prayers, followed by her Mass of Christian burial at 11 a.m. celebrated by Father Brian Bebak.  Margaret will be laid to rest in Pilsen Cemetery.  Memorial contributions in her name may be directed to the Father Kapaun Legacy Fund or the Father Kapaun Scholarship Fund.  Yazel-Megli-Zeiner Funeral Home in Marion is serving the family.  Please sign Margaret's online guestbook and leave a memory at www.ymzfh.com

To order memorial trees or send flowers to the family in memory of Margaret M Vinduska, please visit our flower store.