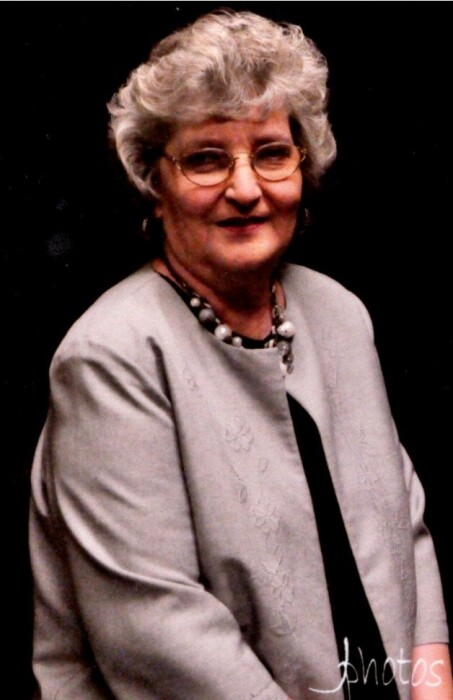 Mary Lou Skinner’s life began on April 8, 1942 to Garry Leroy and Virgie Lemoine (Maltbie) Skinner. Mary Lou was the third of four children and the first daughter. She attended schools in Peabody, Cedar Point, and Florence, graduating from Florence High School in 1960.  She married Elmer Eugene Schaffer on August 18, 1960 and they spent the first years of their marriage moving about the United States following Gene’s power line construction work. They eventually settled in Florence, Kansas and had four children. Mary Lou worked for many years at Town and Country Café, Sunflower Rock Quarry and Florence Rock. Even later, she was an avid antique shopper and dealer, with a booth at T.C’s What Not Shop in Marion. She married Marvin Phillips in October 2005 and moved to Marion, Kansas. She attended the Florence Christian Church for most of her life and then attended the Marion Christian Church in later years. She was a volunteer at St. Luke’s Auxiliary Thrift Shop in Marion and enjoyed traveling with groups.

You may pay your respects on Wednesday, February 24 from 10-11:00 a.m. at the First Christian Church in Marion. A celebration of life will follow at 11:00 a.m. Interment will follow in Marion Cemetery.

Memorial contributions in Mary Lou’s name may be directed to “Aubree Calvert Fund” (her blind granddaughter) to help defray equipment and educational items and to help purchase a seeing eye dog and continue her education. Contributions may be made to the Yazel – Megli Funeral Home, P.O. Box 96, Marion, Kansas 66861. Please sign her online guest book and leave a memory of Mary Lou at www.ymzfh.com

To order memorial trees or send flowers to the family in memory of Mary Lou Schaffer-Phillips, please visit our flower store.