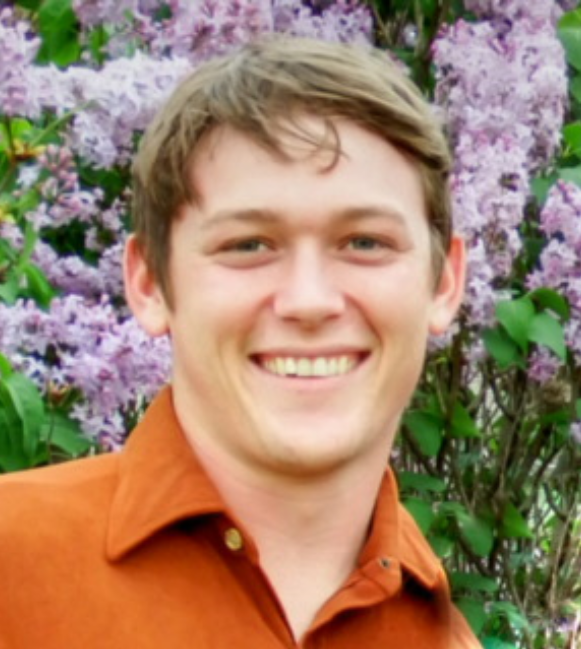 Max Hamilton Byram, 28 of Council Grove, Kansas, was in a fatal motorcycle accident on July 28th, 2021. He was born and raised in Council Grove. Growing up on a farm taught Max how to be a hard worker. As a kid he loved games of all kinds, making art, and just being goofy. He learned to play the guitar when he was in high school and never stopped.

His career in the food industry began at the Hays House. In 2017 Max started BG’s Bar and Grill with Harley Grimmett. Being co-owner of BG’s made it easy for him to share his skill of hospitality. His warm spirit is what made BG’s a place people wanted to be, even if it meant smelling like a slider.
Before BG’s, Max graduated from CGHS then from Cloud County Community College with a degree in Wind Energy Technology. Beyond his degree, Max took multiple music courses and formed his first band, Call It A Night. As time progressed Max went on to become the lead singer for The Box Turtles and band member of Derek Calvin and The All Nighters. Creating music was one of Max’s greatest joys but encouraging others’ music was also important to him. He built and founded Diesel Bro’s Studio for recording local talent.
Max was passionate about supporting all the arts. Being President of the Council Grove Arts Council was one way he encouraged the arts. In 2017 Max founded Seth Fest, a free music and arts festival promoting local artists. He was also involved in Kansas Free for Arts in Emporia.
At the end of his life Max was running for Mayor of Council Grove. He believed in his community, his friends and neighbors. He truly felt that Council Grove was the best place on the planet. He wanted to not only build the community but each individual in it. Although he cannot fulfill the job of Mayor, it would make him proud to see others becoming involved in our community. Beyond running for Mayor he was involved with CG softball club, Washunga Days, City of CG Sales Tax Grant Committee, City of CG 4th of July committee, Community Theatre, Chamber of Commerce, and self-proclaimed Master of the Post.
Max brought a lot of love and laughter into the world. He didn’t know a stranger; he was a friend to all. He could fill your soul with his music, lift your spirits with his smile, and fill your belly with his delicious cooking. He will be truly missed.
He was preceded in death by his grandmas, Loretta Keyser and Georgine Byram. Max is survived by his daughter, Georgia Byram; wife, Cali Byram; Grandparents, Melvin & Lucy Keyser, Harold Byram; Parents, Harry & Melanie Byram; Sisters, Anneliese (Jay) Troxell, Mary (Aaron) Byram Yoder; Nieces & Nephews, Ada, Elmer, Daphne, Wallace.
There will be a private funeral and burial. This year at Seth Fest, a public memorial service will be held Saturday, August 21 from 10am-12pm, located at the Riverwalk Amphitheater (14 W Main St). The ceremony will be an open mic for those who wish to share words of remembrance and/or music. The family plans to record the event in hopes to one-day show his daughter all the good things Max did and all the people he encouraged. Sawyer Chapel is serving the family.
Donations may be made to the Max Byram memorial fund at Farmers and Drovers Bank or donations for Seth Fest can be made at Council Grove/Morris County Chamber of Commerce & Tourism.

To order memorial trees or send flowers to the family in memory of Max Hamilton Byram, please visit our flower store.