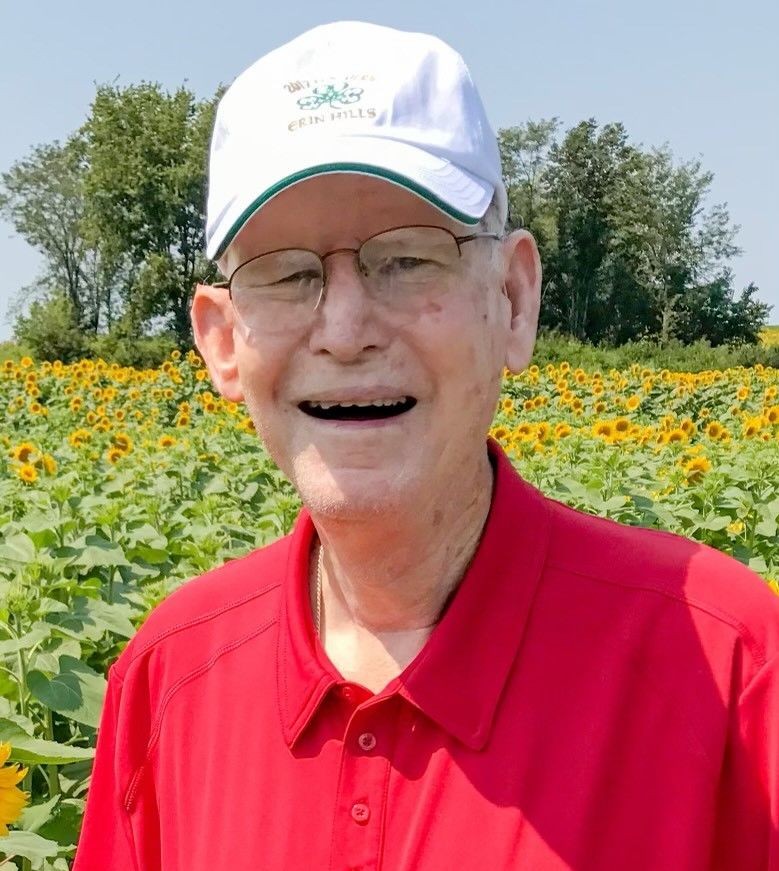 Max spent his childhood in Marion, Kansas and attended Marion High School, graduating in 1950. In 2004, he was named one of Marion County’s Top 100 Athletes of all time. For Marion High School Max played quarterback in football, forward in basketball, and pitcher and shortstop in baseball, while becoming the only Marion athlete to ever letter in three sports over the span of four seasons. Max earned a Bachelor’s of Science in Geology from The University in Kansas in 1954. He was a proud member of the Phi Delta Theta fraternity.

Following college Max served two years in the Air Force stationed in St. Louis, MO. He then began his career in the oil business working for Exxon/Mobil, living in the Midwest locations of Wichita, KS, Amarillo, TX, Oklahoma City, OK, and Midland, TX. In 1973, Max and his family moved to London, England where he spent eight years working for Esso Europe. Max returned from Europe to Oklahoma City, OK, working for Seneca Oil until his retirement.

Max was an avid golfer and enjoyed playing throughout the US and Europe. His numerous trips to play golf in Scotland and attend the British Open were among his favorites. He was also a two time winner of the Kansas Senior Four-Ball Championship. Playing the piano and ukulele were favorite hobbies and he loved to entertain with a spirited rendition of the Boogie Woogie. Max was a dedicated University of Kansas Jayhawk fan, no matter the sport.

Max and his wife Patricia Harris Merrill were married 67 years. He and Patsy had their first date in 7th grade and grew up in Marion together until they were married in 1954. They especially enjoyed their time in London where they were able to travel extensively throughout Europe. Collecting antiques from the small English villages was a special joy to them both.

Funeral Service will be held Friday, December 17, 11am at Valley United Methodist Church, 300 Santa Fe, Marion, KS. Max will be laid to rest at Marion Cemetery following the service. In lieu of flowers, memorial contributions in his name may be directed to Kansas City Hospice House, in care of Yazel-Megli Funeral Home, P.O. Box 96, Marion, Kansas 66861. Please sign his online guest book and leave a memory of Max at www.yazelmeglifh.com.

To order memorial trees or send flowers to the family in memory of Max Gail Merrill, please visit our flower store.