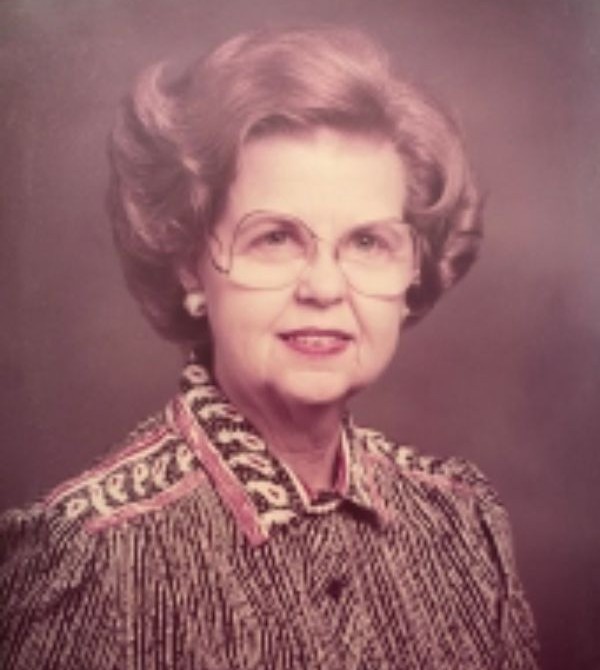 Miriam Hawthorne passed away in her San Antonion home, on Tuesday, 25 Oct 2022 just three days from her 97th birthday.  Miriam Lee Smith Hawthorne, daughter of Mr. and Mrs. Irving B. Smith was born 28 October 1925 in Hutchinson, Kansas. She was a graduate of Vogue School of Design in Chicago and had been department manager for American Millinery Company in Chicago. Here she mastered her craft as millenarist. Miriam met her husband on a blind date and married Francis Earl Hawthorne of Akron, OH on 1 February 1948 at Pratt First Christian Church.  They settled in Junction City where Earl was stationed at Fort Riley. The couple traveled twenty years for Air Force and retired in San Antonio, TX. Twenty years later, they retired for the final time from Air Force civil service. Miriam was a devoted wife, mother, and Christian. She was an active member, holding numerous officers’ positions, of various women’s clubs in San Antonio. Miriam was the happiest in preparing holiday dinners for her family, decorating her home, and completing sewing projects.

She was preceded in death by her husband, Francis Earl Hawthorne, son Kirkwood Smith Hawthorne and son-in-law Ronald James Oliva.

Miriam is survived by her daughter, Cynthia Oliva of San Antonio, Texas; step-grandchildren, Roland Oliva and wife Lindy of Katy, Texas; Annie Oliva Rodriguez of Roseville, CA. The Hawthorne family thanks Ms. Gloria Saldana for her eighteen years of care to the family.

To order memorial trees or send flowers to the family in memory of Miriam S Hawthorne, please visit our flower store.