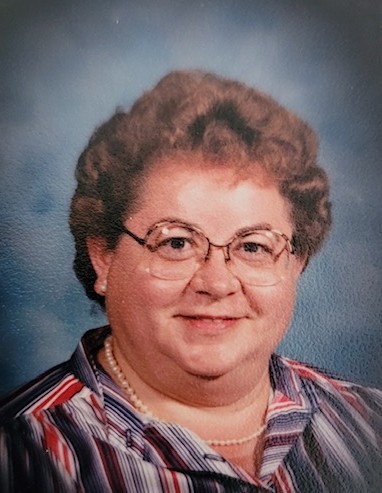 Potwin, Kansas – 83, retired Goddard Public Schools 3rd grade teacher of 39 years. Miriam grew up in Potwin,and graduated from Potwin High School as the Salutatorian of her class, and also from Butler County Junior College. She began her teaching career at the age of 19 while completing her Bachelor of Science in Education degree from Emporia State Teacher's College. She went on to also complete her Master of Educaton Degree from Emporia State University.  Miriam was named a Who's Who Among American Teachers recipient and was also named The Outstanding Elementary Teacher of America in 1973. During her newspaper recognition interview, she proudly stated that while she was of sound enough mind and body to enjoy her weekends, she enjoyed teaching enough to look forward to Monday mornings each new week. During her retirement years she enjoyed her word puzzles and being an avid reader. She also enjoyed being involved in her nieces and nephews educations. Survivors include: nieces, Mary (Ray) Brown, Laura (Terry) Kilgore; nephew, George (Pat) Kasper; many other nieces and nephews and numerous great-nieces and great-nephews. She was preceded in death by her parents, Arthur and Anna (Thomas) McLain and all of her brothers and sisters, Dorothy Young, Ellen Criger, Wilma Criger, Margaret Kasper, and Arthur McLain Jr. and half-brother Warren McLain and half-sister Mary Whiteside. Services will be held Thursday, July 29, 11:00 a.m. at Lamb Funeral Home, 120 S. Main, Whitewater, Kansas. Memorial is to the Clark Davidson Elementary School Library in Goddard, Kansas in care of Lamb Funeral Home, PO Box 358, Whitewater, KS 67154. Please sign her online guest book and leave a memory of Miriam at www.ymzfh.com.
To order memorial trees or send flowers to the family in memory of Miriam McLain, please visit our flower store.