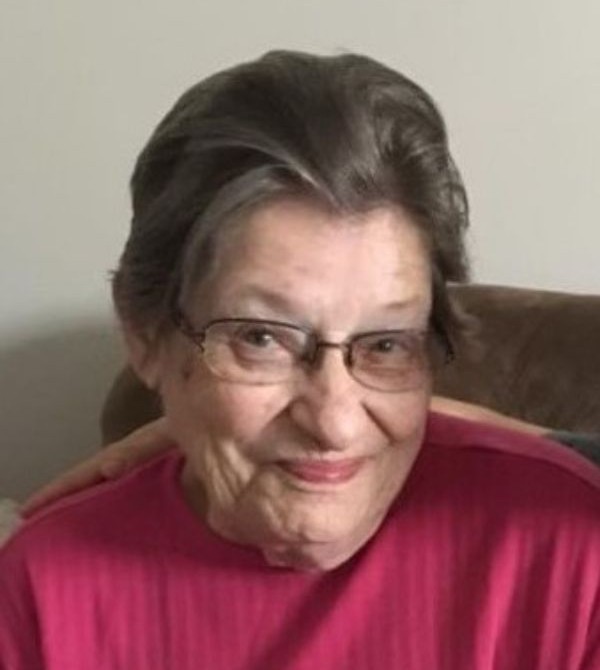 Mona’s life began on October 20, 1934 in Waverly, KS. She was the daughter of Arthur “Art” and Angela “Ink” (Beemis) Stonebreaker. Mona is a 1952 graduate of Lebo High School. She was united in marriage to Thomas “Wint” Smith on November 14, 1954, at the Lebo United Methodist Church. Wint and Mona were the owners of Wint’s Phillip 66 station in Marion and the Short Stop Store next door. Later in life she retired from her position as a cook at St. Luke’s Hospital. Mona was a long-time member of the Valley United Methodist Church in Marion. She enjoyed cross stitch and needlepoint, word searches, coloring and watching sports. Mona also enjoyed playing the piano. Her greatest joy was her family and friends which includes her children Steve (Stacie) Smith of Marion, and Jay (Judy) Smith of Marion; son in law Randy Hulett of Marion; grandchildren Dusty Hulett, Trevor Smith, Jared Smith, Michelle (Drew) Looper, Tyler (Kendra) Smith, and Jake (Melissa) Smith, all of Marion and Josh Smith of Newton; great grandchildren Brayden, Madisyn, Eldon, Kaden, Tucker, Cole, Max, Tessa, Brylee, Cooper, Weston, Deven, Mazie, Ella and Oliver. Mona passed away surrounded by her family on Tuesday October 12, 2021, at St. Luke’s Hospital in Marion. She is preceded in death by her husband Wint, daughter Teresa Hulett, sisters Sonie Wise and Donna Smith and her parents. Her family will gather with friends on Thursday from 5-7 p.m. at Yazel-Megli Funeral Home, Marion. Her funeral service will be held on Friday at 10:30 a.m. at Valley United Methodist Church and she will be laid to rest in Marion Cemetery. Memorial contributions in her name may be directed to Valley United Methodist Church. Please sign her online guestbook and leave a memory of Mona at www.yazelmeglifh.com.

To order memorial trees or send flowers to the family in memory of Mona Marie Smith, please visit our flower store.