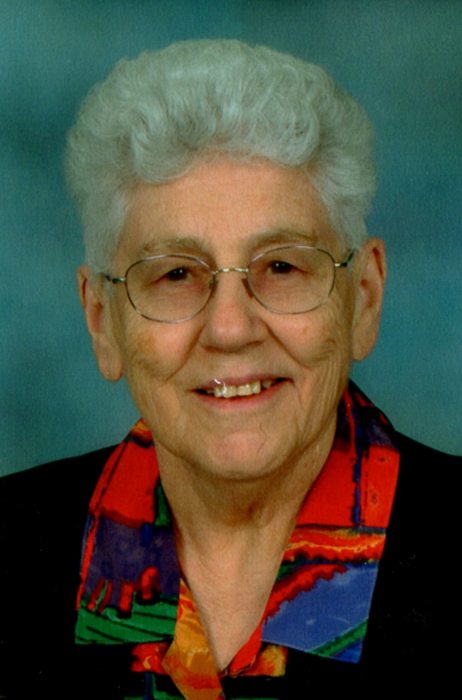 Pauline Catherine Strand departed this life, Tuesday, the twentieh day of August 2019.  She was the daughter of Henry W. and Catherine R. (Schanlau) Tatro, born the 21st of July in 1925, at Kingman County, Kansas. She had a brother, Mark, two sisters, Pat and Elizabeth and her half-brothers and half-sisters, Gene, Ivo, Bill, Gerald, Catherine, and Mary.  On December 27, 1945, she married Ralph Edward Strand, at St. John Catholic Church, Herington, Kansas, and together they raised their four children, Judy, Linda, Mary, and Mark.  They were foster parents to Devin Thomas.  (Ralph Strand served as Chief of Police-Herington, from 1970 thru 1976.)  She was a loving wife, mother, grandmother, great grandmother, great great grandmother and a good friend to many.

Pauline was a faithful member of the St. John Catholic Church and at one time an active member of the St. John Altar Society and a church circle.   She worked many years as soda jerk at the Boelling Health Mart Pharmacy.  She was also a seamstress at the Paragon and many years ago worked at Herington Hospital sterilizing and cleaning instruments.  She attended school at Neosho County.

Memorials may be given to the St. John Catholic Church or the Hospice of Dickinson County; and may be sent to the Yazel-Megli-Zeiner Funeral Home, 404 S. Broadway, Herington, KS, 67449-3038.

To order memorial trees or send flowers to the family in memory of Pauline Catherine Strand, please visit our flower store.