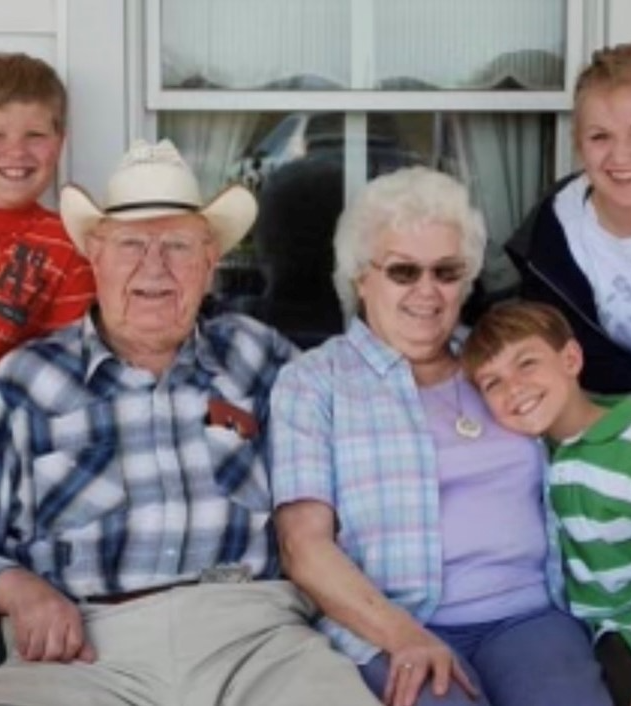 Peggy’s life began on July 2, 1927, in Okeene, Oklahoma. She was the daughter of Christian C. and Mollie C. (Jeffrey) Link. Peggy was the last surviving daughter from her family of twelve siblings. She graduated from high school in Okeene and was a player on the very first women’s high school basketball team in the State of Oklahoma. Peggy was united in marriage to Donald L. Buethe on April 3, 1949, in St John’s Lutheran Church in Lincolnville. She and Don were partners in the truest sense of the word. They started life with a small egg producing farm of about two hundred hens and when they retired, they had 22,000 laying hens. Peggy was a member of St. John’s Lutheran Church in Lincolnville, and an avid supporter of 4-H and FFA. Peggy is survived by her daughter Kimberly (Mark) Harms of Lincolnville and her greatest joy, her grandchildren Taylor (Chase) Minihan, Cade Harms and Payton Harms. Peggy passed away on Thursday November 25, 2021, at the St. Luke’s Living Center. She is preceded in death by her parents, husband Donald, and children Edward, Dennis, and Donita. A private family memorial service will take place later and burial will be conducted in the Lincolnville Cemetery. Yazel-Megli Funeral Home is serving the family. Memorial contributions in Peggy’s name may be directed to St. John’s Lutheran Church or St. Luke’s Living Center. Please sign her online guestbook and leave a memory of Peggy at www.yazelmeglifh.com.

To order memorial trees or send flowers to the family in memory of Peggy June Buethe, please visit our flower store.