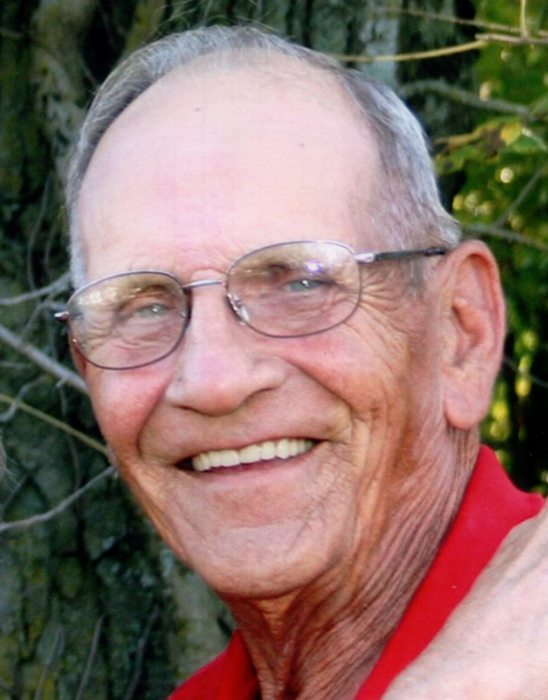 Funeral Service will be held at10:30 a.m. on Saturday, November 16, 2019, at the St. Paul Lutheran Church, Herington, with Pastor Amy Truhe, officiating.  Military Honors will be presented at the Sunset Hill Cemetery, Herington. The family will receive friends Friday evening, from 6:00 until 8:00 p.m., at the Yazel-Megli-Zeiner Funeral Home, Herington Chapel.

Percy graduated from Herington High School in 1949, and joined the U.S. Air Force in December of 1950 until December of 1954, during the Korean War. He married Leila Mae Knight on June 6, 1953, in Herington. He worked for Beech Aircraft from 1950-1960 and was a school bus driver for USD #487 for 18 years. After working at Beech Aircraft, he worked at Fort Riley in Civil Service until his retirement in 1984.  Farming crops and cattle from his youth, until he left the rural home required work daily and gave him great pleasure.  He was a member of St. Paul’s Lutheran Church and enjoyed woodworking, playing cards, and square dancing.

He was preceded in death by his parents; wife, Leila Mae in 2016; and a brother, Glen Schrader.

Memorial contributions  may be directed to Good Shepherd Hospice, in care of the Yazel-Megli-Zeiner Funeral Home, Herington Chapel, 404 S. Broadway, Herington, KS 67449-3038. Please sign his online guestbook and leave a memory of Percy at ymzfh.com

To order memorial trees or send flowers to the family in memory of Percy Lee Schrader, please visit our flower store.