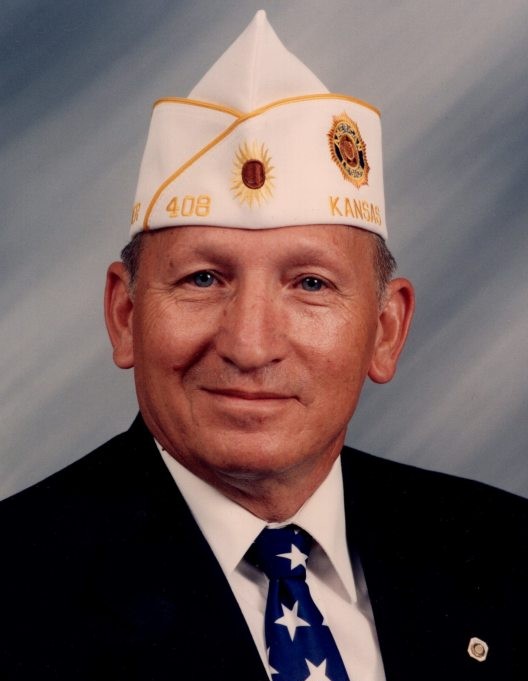 Funeral services will be at 10:30am, Friday, July 13th, 2018, at the Zeiner Funeral Home-Herington, with Pastor Clarence Sumner, officiating.  The American Legion funeral ceremony will be given by the chaplain, Rev. R. Glenn Patterson , Kansas Dept. of American Legion.  Interment will follow at the Sunset Hill Cemetery with military honors.

After his high school graduation, Richard attended California Foothills Junior College and received his associate degree.  He was in the U. S. Navy for twenty years and retired in 1980 as AMCS (E-8).  He moved to Kansas in 1986 and to Herington in 1996. He served as American Legion Kansas Dept. Commander from 1995 – 1996. He was a member of American Legion Post# 12, of Herington, and a past commander.  He was a life member of the VFW, Dix Day Post #1281, of Herington. He was an active member of the Kiwanis of Herington and faithfully supported the flag program on the holidays.   He was an active board member of the Tri County Historical Society.  He liked fishing at the local lakes, gardening in the summer time, and cooking and sharing his foods and garden goodies.  He attended the Senior Center and was known to many for his chicken fried chicken and fish frys. He moved to Winfield Veterans Home in 2015 and loved his time with family and the new friendships he developed in the community.

He married Judy Gale Oglesby, December 28, 1962, at Reno, Nevada, and she preceded him in death on November 1, 2000.  He is also preceded in death by a sister, Shirley Mancini, and his parents.

The family requests memorials to the American Legion for Boys and Girls State; and they may be sent to;  Zeiner Funeral Home-Herington Chapel, 404 S. Broadway, Herington, KS 67449-3038.

To order memorial trees or send flowers to the family in memory of Richard Lee Nielsen, please visit our flower store.