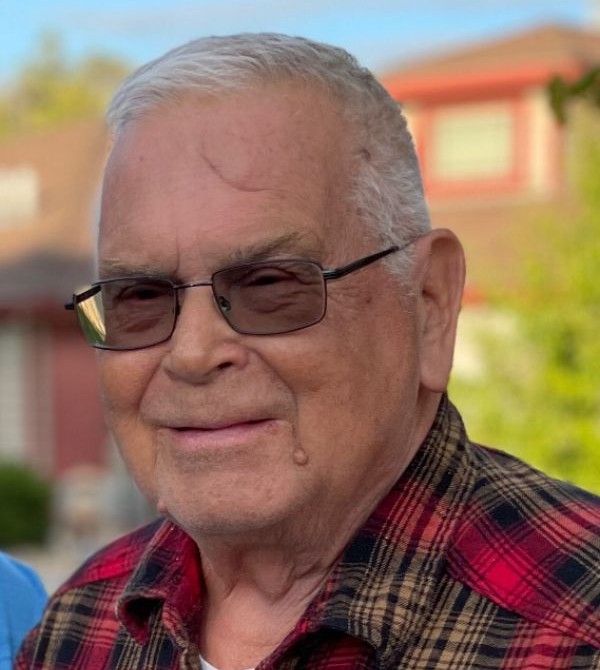 Robert “Bob” Joseph Bell was born on March 7, 1937, to Joseph and Dorothea Bell in Detroit, Michigan. Bob passed away peacefully on December 26, 2021, at Parkside Homes in Hillsboro, KS, where he had been a resident since June of 2021.
Bob graduated from high school in Lincoln Park, MI. Then in March of 1957, he enlisted into the Army, where he was a supply clerk for 2 years before getting an honorable discharge due to an injury in April of 1959. Bob met the love his live Alice Spangler on a weekend leave from Ft. Riley, KS at the movie theater in Herington, KS. He stole her car keys with the promise of giving them back if she went on a date with him. They later married on August 8, 1959, in Abilene, KS. To this marriage they had 3 children. Bob was a railroad clerk for over 25 years working for the Rock Island and then later the OKT. He was also a custodian for the Herington Jr High School for 13 years, where the kids loved seeing Bob around the school. Bob also helped Ronnie Baxter build houses and he also laid linoleum and tile with Jim Trapp. Bob was a busy body who couldn’t sit still, he created and built many wood projects for family and friends.
Bob was also an Eagle scout and scout master. In his free time, he was involved with the boy scouts, teen club, hunter safety, and was one of the driving forces behind the Kids Federation wrestling club program. If Bob couldn’t be found working or volunteering, he could be found outdoors either camping, fishing, hunting, boating, or swimming. Bob also loved playing cards and board games when he couldn’t be outside. You can be sure that Bob and Alice already have set up a card table and are playing thirteen-point pitch.
Bob is survived by his 3 children, Marty and wife Kelly of Burdick, KS, Robbin Bell of Herington, and daughter Terri and husband Ron Winter of Hillsboro, KS. Brother Lee and wife Bolivia of Woodside, NY. Grandchildren, Tyler, Brooke and Colton Bell, two step-grandchildren Starla (Josh) Gesamen and Merissa (Greg) Bowman, four step great grandchildren, Matthew and James Gesamen, and Sybil and Hazel Bowman. He was preceded in death by his parents, his loving wife of 54 years Alice in 2013, sister Joann Bell, grandson Cobie Bell in 1994, and step-grandson Calvin Riggs in 2004. Yazel-Megli Funeral Home, Herington Chapel is serving the family.
A Celebration of Life service with military honors will be on January 5, 2022, at the Yazel-Megli, Herington Chapel at 11:00 am with Pastor Gary Schrader officiating. Memorial Contributions can be made to Meals on Wheels c/o Hilltop Community Center, 2 S. A St. Herington, KS, 67449 or Home Health and Hospice of Dickinson County, 11 N. Broadway, Herington, KS, 67449. Please sign his online guestbook and leave a memory of Bob at www.yazelmeglifh.com.

To order memorial trees or send flowers to the family in memory of Robert Joseph Bell, please visit our flower store.