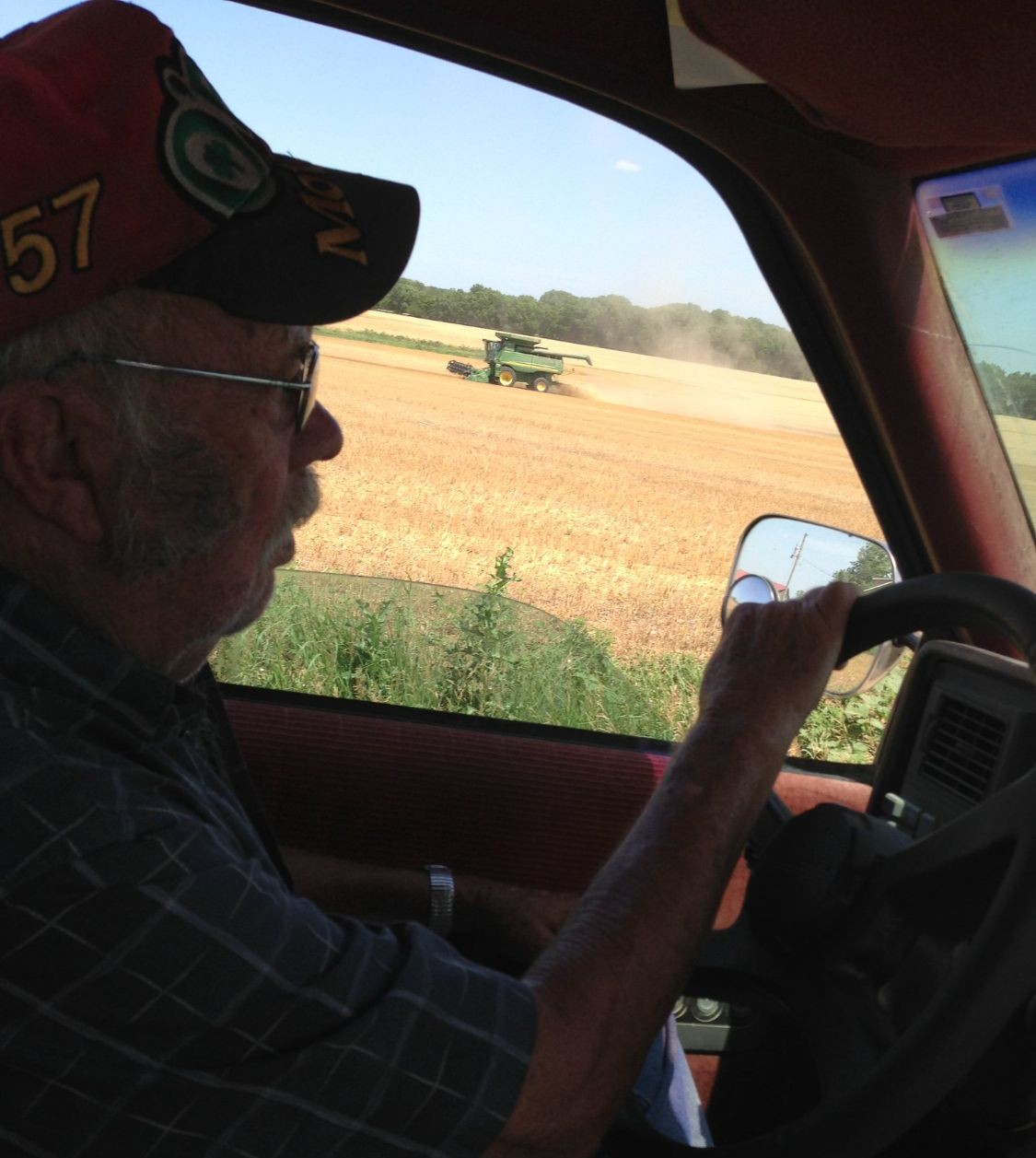 Bob’s life began on the family farm near Marion on April 8, 1935. He was the son of Irwin and Ruth (Mehl) Ehrlich. He was a 1954 graduate of Marion High School. After high school, Bob worked for Carl Elling until he entered the United States Army in 1957 and served until February 21, 1958, when he returned home to help manage the farm. He and Karen (Sondergard) got married and blended their families on June 16, 1979, at the First Christian Church in Marion. In addition to farming and ranching, Bob sold Moorman’s feed and DeKalb seed, and earlier in life, drove the athletics school bus for Marion High School. There was never a greater super fan than Bob when it came to Marion High School athletics. In addition to the Marion Warriors, Bob loved watching KU sports, the Chiefs, and NASCAR racing. Bob arranged several bus trips from Marion to Arrowhead Stadium when it first opened to see the Chiefs play. He and the family regularly attended the State Fair and numerous cattle shows. Throughout his life, he and Karen enjoyed going to 81 Speedway and went to several NASCAR races together. Bob always knew someone everywhere he went; he might not remember a name, but he could have a full conversation with them. He was a member of the Ampride Coffee group every morning until COVID put an end to the gathering. Bob and his friends told great stories and some of them may have even been true. Above anything else, he loved his wife, kids, and grandchildren. His loving family includes his wife Karen Ehrlich of Marion; children Mike (Kathy) Ehrlich of Marion, Gary (Diane) Ehrlich of Dodge City, Julie (David) Sellmeyer of Vinita, OK, Sheri Schwab of Raleigh, NC, and Lorie (Alan) Salts of Leawood; grandchildren Sam Ehrlich, Katey (Derek) Evans, Wyatt Ehrlich, Dr. Codi Ehrlich, M.D., Sam Salts, and Shae Salts; and great grandchildren Kaimey and Skyler Evans. Bob passed away at his home on Monday January 24, 2022. He is preceded in death by his parents. His family will gather with friends on Sunday from 3-5 p.m. at the Yazel-Megli Funeral Home, Marion. Bob’s funeral service will be held on Monday at 11 a.m. at the First Christian Church, Marion led by Pastor Carl Helm. He will be laid to rest in Marion Cemetery. Memorial contributions in Bob’s name may be directed to Marion USD 408 Ehrlich Athletic Fund. Please sign his online guestbook and leave a memory of Bob at www.yazelmeglifh.com.

To order memorial trees or send flowers to the family in memory of Robert Ehrlich, please visit our flower store.