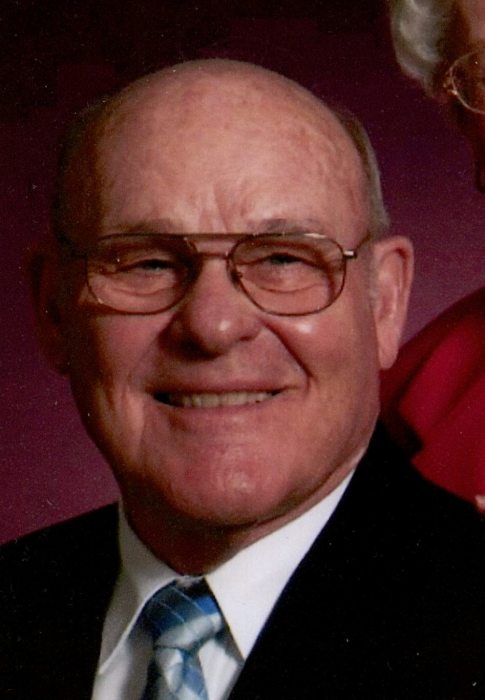 Bob graduated from Herington High School in 1953.  After his graduation, he and his two best friends, (Joe McKee and Leland Howard Runft, graduates of 1952), signed up for the Marines. They served in the Marines from 1953 to 1956.  This was during the Korean War and Bob would serve in Okinawa and was a sergeant at the time of his discharge.

Bob returned from the service and went to Fort Hays State University.  He received his industrial arts bachelor degree in 1961, and his masters in 1965.  He taught at the Abilene High School for thirty-four years, coaching wrestling for twenty years and coaching football for sixteen years.  He loved woodworking and making things, and working outside.

Bob married Harriet LaMoyne Granzow on August 24, 1958, at the Our Redeemer Lutheran Church in Herington.  They were the parents of one son, Greg, and a daughter, Pam, who attended the Abilene schools and were high school graduates.

The funeral will be held at the Trinity Lutheran Church of Abilene, on October 3, 2018, at 10:00am with Rev. Dr. Keith Less officiating; and the family receiving friends from 9:00am until time of service.  Burial will be at Sunset Hill Cemetery, Herington 2:00pm, with military honors.   Visitation will be Tuesday, October 2, 2018, from 3:00-5:00pm, at the Zeiner Funeral Home-Herington.  Memorial gifts may be given to Trinity Lutheran Church-Abilene for the pew bibles and paraments fund:  in care of Zeiner Funeral Home, 404 S Broadway, Herington, KS 67449.

To order memorial trees or send flowers to the family in memory of Robert Francis Holeman, please visit our flower store.