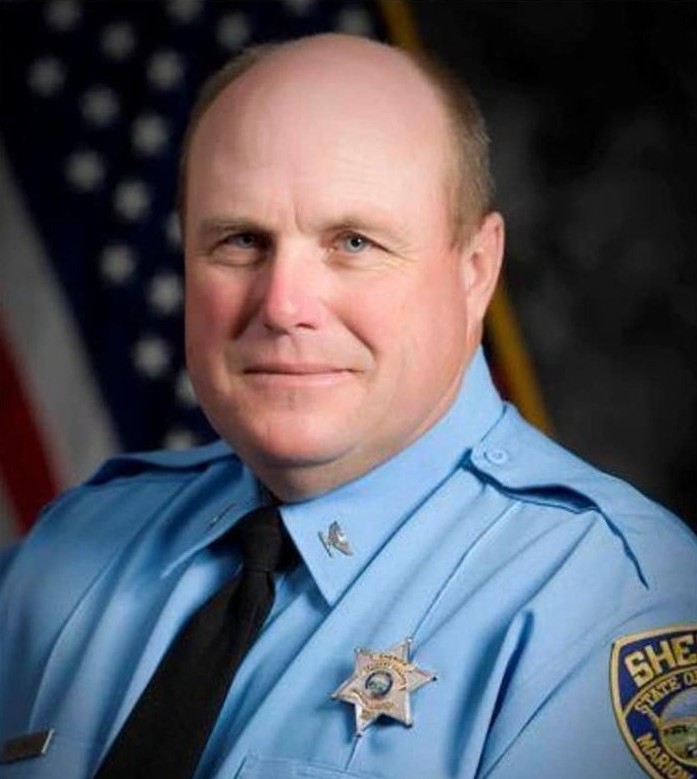 Rob’s life began on August 31, 1957, in Winfield. He was the son of Norman L. and Joyce L. (Price) Craft. Rob was a 1975 graduate of Clay Center High School where he played several sports, especially football. He joined the United States Marine Corps in 1976 and upon his return from boot camp, Rob married the love of his life Janet “Jan” Crawford on June 5, 1976, in Clay Center. The young couple lived in California, Tennessee, and North Carolina while Rob served in the Marines. He left the Marine Corps in 1980 and went to the Kansas Highway Patrol Academy. Rob was stationed at Marion, Kansas when he graduated from the academy, and they made Marion their home. He served with the KHP for 27 years, retiring as a firearms and ordinance instructor in 2007. After retirement, Rob ran successfully for the office of the Sheriff of Marion County. He has served as the Marion County Sheriff for three terms and was in the midst of his fourth term in the office. Rob was an avid golfer at the Hillsboro Municipal Golf Course, and he also enjoyed hunting. He was a member of the Post 366 of the American Legion in Hillsboro, the Kansas Sheriff’s Association and so many other activities. Rob involved himself with everything and everyone because of his sense of service to others. His greatest joy in life was his family. He is survived by his wife Jan Craft of Marion, father Norman Craft of Marion, son Shaun Craft of Marion, grandchildren Iliana, Gannon, and Colt Craft, brother Steve (Valentina) Craft of Brazil, brother in laws Randy Crawford of Hillsboro and Robert (Cheryl) Crawford of Clyde, KS and many nieces and nephews.  Rob passed away on Wednesday February 16, 2022, at Stormont Vail Medical Center in Topeka. He is preceded in death by his mother Joyce, and daughter in law Jenny Craft. Rob’s family will gather with friends on Saturday February 26, 2022, at 10:30 a.m. at the Marion Sports and Aquatic Center for his memorial service led by Pastor Carl Helm of the First Christian Church. Memorials can be made out to USD 408. Yazel Megli Funeral Home is serving the family. Please sign his online guestbook and leave a memory of Rob at www.yazelmeglifh.com.

To order memorial trees or send flowers to the family in memory of Robert P. Craft, please visit our flower store.