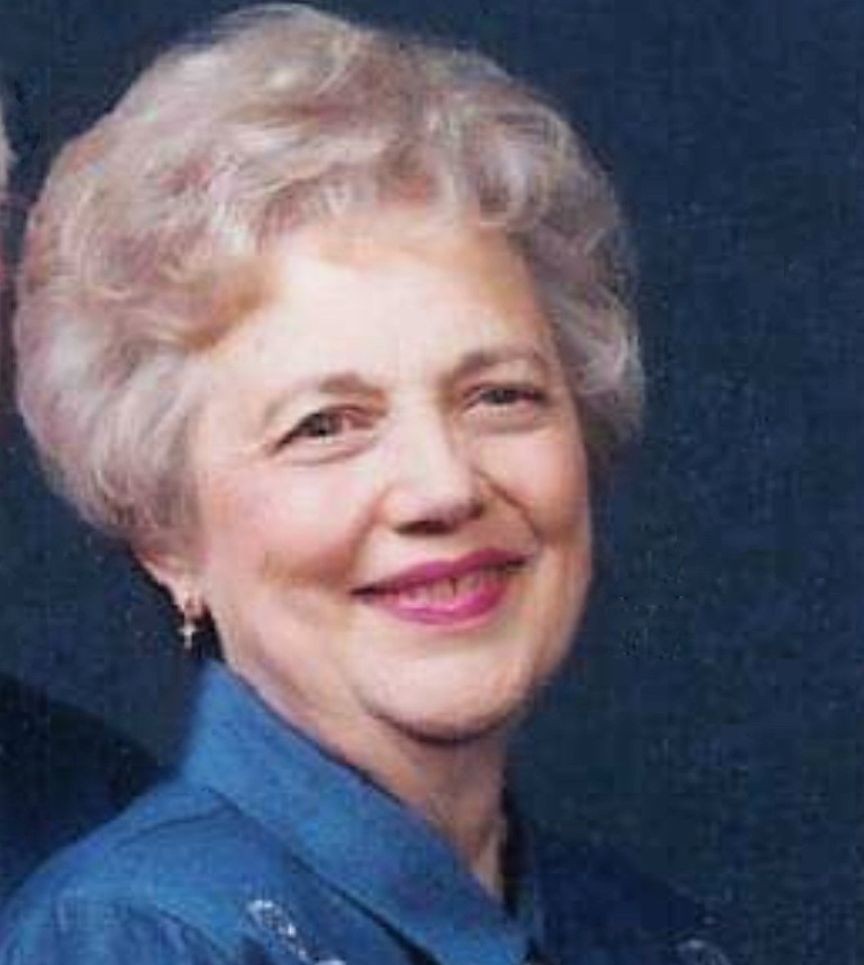 Roberta “Ruth” Clark was born on April 26, 1939, in Delavan, KS. She is the daughter of Harry and Francis (Filkin) Yakle. She graduated from Wilsey High School in 1956 and went on to study at Emporia State University. She was united in marriage to Robert Clark on June 01, 2002, in Herington, KS.

Ruth worked as a proofreader for the Herington Newspaper. She was also a paraprofessional in the Hope School District. Ruth was a very active and strong member in her church and was on the Board of the Herington Senior Center for twenty years. In her free time, Ruth loved to cross stitch, and would custom make birthday cards for all her grandchildren and great grandchildren.

Ruth, at the age of 83, passed away on October 22, 2022, at her home surrounded by her loving family. She is preceded in death by daughter: Angela Prince, Parents: Harry and Francis Yakle and sister Harriet Roselle Calihan. Her family will gather to greet friends on Tuesday, October 25, 2022, at 12:00 noon, with Funeral Service to follow beginning at 1:00 p.m. all at First Christian Church, Herington, KS. Services will be led by Pastor Jordan Stevens. Ruth will be laid to rest in Delavan Cemetery. Yazel Megli Funeral Home, Herington, is serving the family. Memorial Contributions in Ruth’s name may be directed to the American Diabetes Association or to the Leukemia and Lymphoma Society. Please sign her online guestbook and leave a memory of Ruth at www.yazelmeglifh.com.

To order memorial trees or send flowers to the family in memory of Roberta "Ruth" Clark, please visit our flower store.