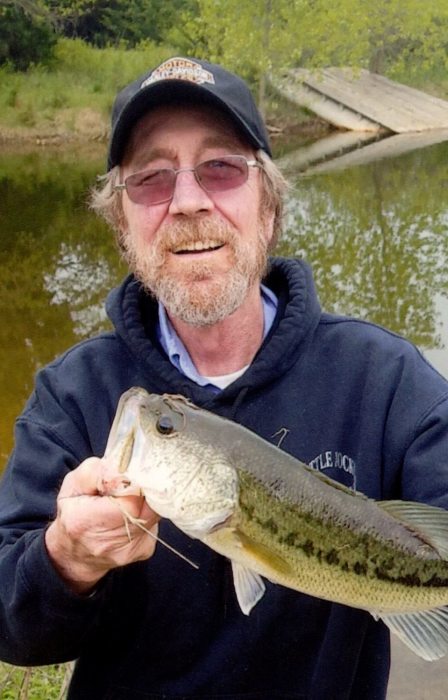 Rodney William Barber departed this life on Sunday, July 7, 2019, at his son, Robert’s home in Valley Center, Kansas.   He was the son of William A. and Janice M. (Johnson) Barber. He was born April 16, 1959, at Americus.   The family consisted of one sister, Ginger, four brothers, Ricky, Bill, Kory, and Rusty.

Rod graduated from Herington High School with the class of 1977.  Following high school he went to Vocational Technology School in Concordia.  He finished his program and returned to Herington to paint cars at the Crazy Cleve’s Game Train.  Following the game cars job, he decided to go into business for himself opening Rod’s Body Shop & Auto Glass.  He liked working on machines and making them run and always kept busy with body restoration. Whenever it was possible to get away, he would go fishing.

Memorials have been designated to the American Cancer Society; and may be sent in care of Yazel-Megli-Zeiner Funeral Home-Herington Chapel, 404 S. Broadway, Herington, KS, 67449-3038.

To order memorial trees or send flowers to the family in memory of Rodney William Barber, please visit our flower store.