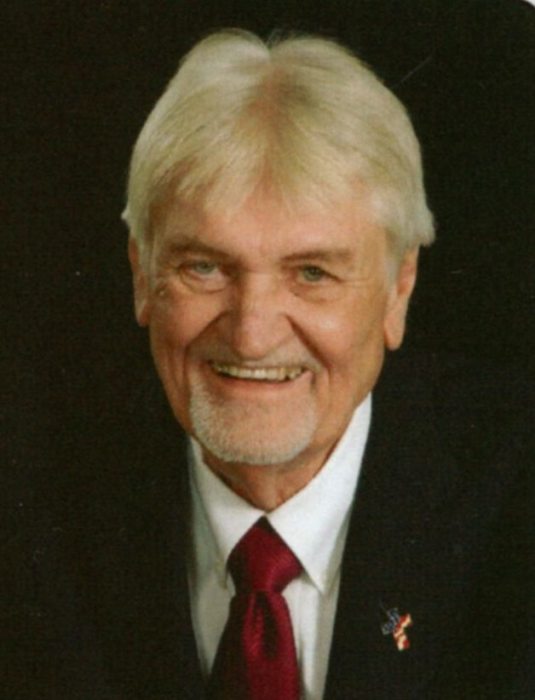 James Roger Wendt, 79, of Herington, Kansas, died on October 20, 2019, after a recent battle with cancer and cardiac disease.  He was born to Naomi Mary Virginia (Riffel) and Hugo William Frederick Wendt on July 29, 1940.  He graduated from White City High School in 1958 and briefly attended Emporia State University before being hired by the Rock Island Railroad in 1960.  Roger started as a switchman, then fireman, then his final position as an engineer.  He was a member of the Brotherhood of Locomotive Engineers and retired after 45 years of loyal service on June 15, 2005.

Roger married Hazel Louise Martin on June 4, 1961, at St. Paul’s Lutheran Church in Herington. They had one child, Gina, in 1963.  He served in the Army Reserves at Ft. Leonard Wood, Missouri.  Roger loved sports and taught his daughter basketball, softball, and track, even going so far as to build a high jump pit and ice skating rink in their back yard.  In the seventies,  Roger, a lefty, bowled in  a league right-handed with consistently high scores.  He was known for his kindness, quick wit, love of God and Country, and an ultimate practical joker going to extremes to fulfill his missions!

In retirement, Roger traveled to NASCAR & Indy car races, was a voracious reader, watched KU football/basketball, and enjoyed feeding his cats, birds, and squirrels.  He eagerly engaged in discussing politics and religion, and was a member of the Republican National Committee, NRA, and VFW.

On a recent road trip for chemo, where many in-depth discussions took place, when asked, “Dad, if you could tell the world only one thing, what would it be?”  He responded, “Well, I would tell them to get to know Jesus.”  Roger recommitted his life to Christ and took communion several days before his death.  He leaves a godly legacy as a faithful son, a dedicated provider as a husband, loving dad, and best friend.

Roger was preceded in death by parents, Naomi and Hugo, and is survived by his wife, Hazel Wendt, of Herington, Kansas, daughter, Gina and “favorite” Son-in-Law, Bill Blasing, of Wichita, Kansas; siblings, Phyllis, Rick, and Pam.

A private graveside service will take place at a later date.  In lieu of flowers; memorials to the Dickinson County Home, Health, and Hospice (Herington) and the VFW/Herington; may be sent in care of the Y-M-Z Funeral Homes, 404 S. Broadway, Herington, Kansas, 67449.

To order memorial trees or send flowers to the family in memory of Roger Wendt, please visit our flower store.