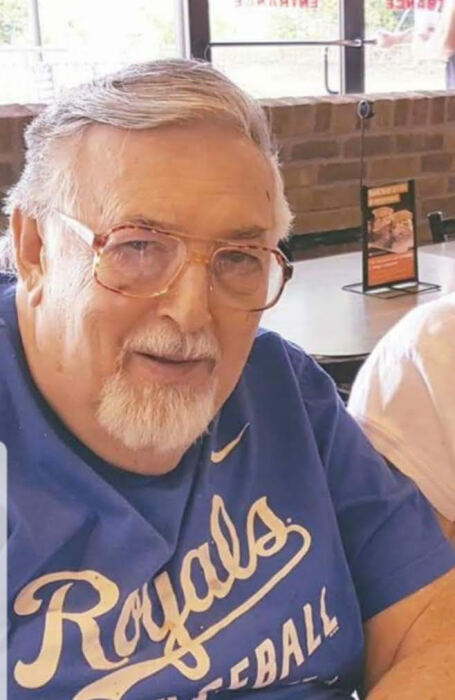 Ronnie’s life began on February 14, 1939 at home in Herington. He was the son of Daniel and Leah (Berg) Barrett.  He was baptized and confirmed at St. John’s Lutheran Church, Lyons Creek.  He was a 1958 graduate of Herington High School and attended Washburn University.  Ronnie served his country in the United States Army Reserves for over 20 years.  He had worked for Anderson/Oxandale quarry before becoming a police officer in the City of Herington, an agent for the Kansas Department of Revenue Alcoholic Beverage Control and in “retirement” a security officer for Aldersgate Security.  Ronnie was a member of the American Legion and enjoyed fixing lawn mowers.  He was an avid auction sale attendee and would often buy something because it was a good price then give it away.  His dream was to outbid everyone at an auction someday.  He had to read the morning newspaper daily and was devoted to his wife Patricia and family.  Ronnie and Patricia enjoyed 60 years of marriage. They were wed on September 6, 1959 at St. John’s Lutheran Church in Lyons Creek.  His loving family includes his wife Patricia Barrett of Auburn; children April (Mark) Millikan of Topeka, Matthew (Brandi) Barrett of Fairfield, CA, Faith ( Michael ) Martin of Topeka, Amber (Burt) Wickersham of Lawrence, Aaron (Leonita) Barrett of Vallejo, CA and Rachel (Buzz Kitzhaber) Gray of Topeka; grandchildren Terah (Christopher) Baldridge, Kayleigh (Kyle) Biggs, Hayden (Adriana) Barrett, James (Olivia) Edwards, Brandy (Nick) Jensen, Shaun Martin, Andrew (Dani) Edwards, Kaity (Keegan) Cole, Alexander Wickersham, Josh Gray, Jordan Gray, and Jaden Gray; great grandchildren Kaelyn, Jayce, Libby, Laine, Isabella, James, Aiden, Ian and Cheyenne; and his brother James Barrett of Mexico.  Ronnie went home to meet his Savior on May 27, 2020 from the University of Kansas- St. Francis Hospital in Topeka.  He is preceded in death by his parents, son Daniel David Barrett, and brothers Walter, Lloyd, LaVern and Bobby Barrett.  His family will gather with friends on Tuesday from 1-2 p.m. at St. John’s Lutheran Church in rural Herington where his funeral service will be held at 2 p.m.  Yazel-Megli Funeral Home, Herington is serving the family.  Memorial contributions in his name may be directed to the Topeka Rescue Mission in care of the funeral home.  Please sign his online guestbook and leave a memory of Ronnie at www.ymzfh.com.

To order memorial trees or send flowers to the family in memory of Ronald Lee Barrett, please visit our flower store.