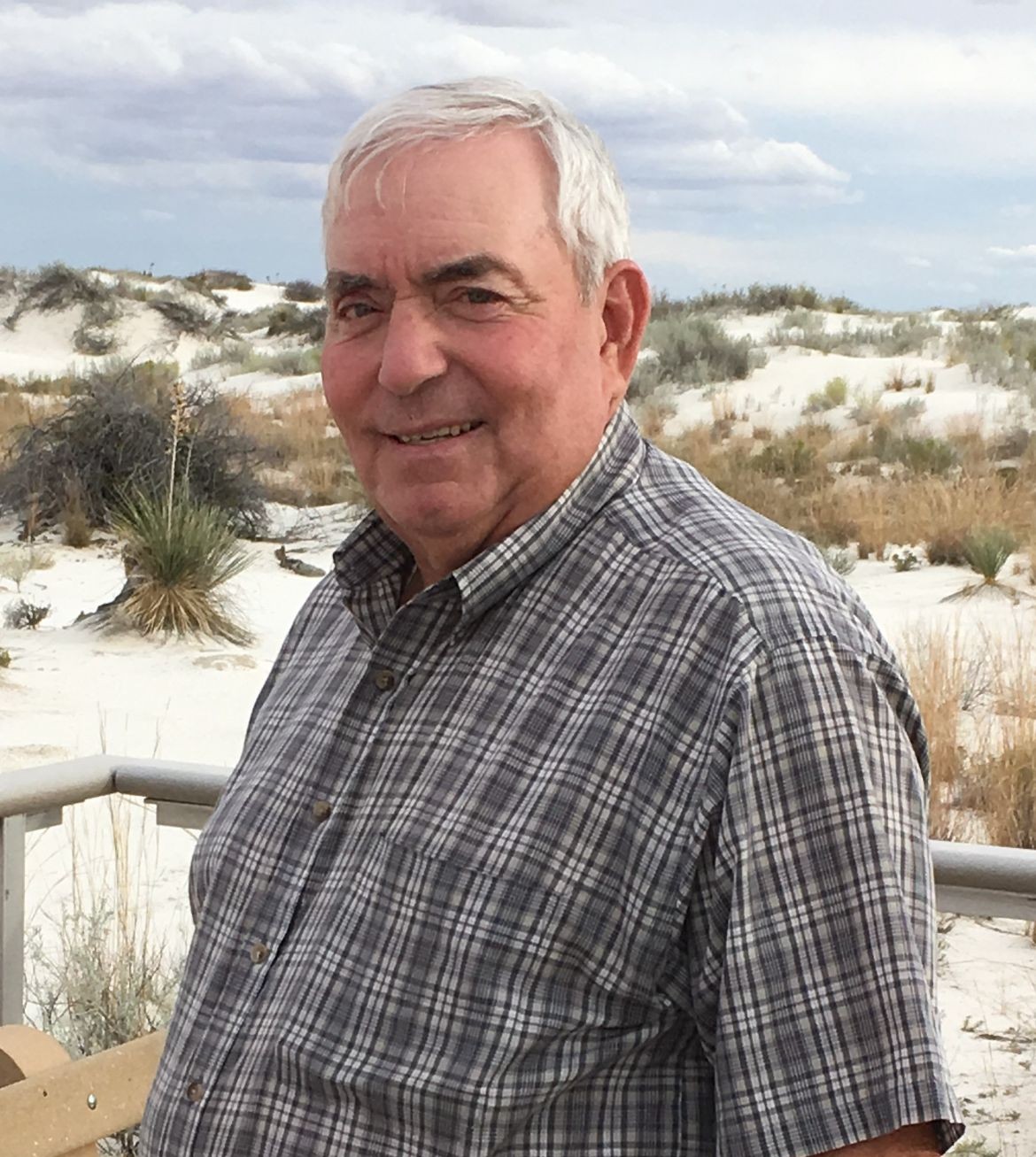 Ronald Keith Mauck, 71, was born at Newton Medical Center in Newton, Kansas to Hoyt and Irene Mauck on October 10, 1949. After being taught about God and living for Christ from infancy, he was baptized into Christ as a teenager and faithfully loved and served the Lord the rest of his life. He graduated from Frederic Remington High School, Whitewater, Kansas, in 1967. He then attended Oklahoma Christian College for four years and earned a BSE Degree. He taught junior high science classes in Midwest City, Oklahoma from 1971 until 1976, and then he and Ginger moved back to the family farm near Whitewater, Kansas to farm and also work for Ron’s brother, Don, running heavy equipment. Ron was a man of hard work and integrity, always committed to giving his all to what he was doing.

While attending Oklahoma Christian, Ron met Virginia (Ginger) Ann Summers and they were married on August 12, 1972. They were gifted with two children, Tracy Klaassen and Matt Mauck. Time spent with them and the grandchildren were a joy to him. Ron loved spending his spare time riding four wheelers with his grandchildren and friends, hunting, traveling with family and friends, and serving his church.

Ron served as an elder at Northside Church of Christ for 16 years and excelled in welcoming and connecting visitors and members. People were attracted to his joyful nature and genuine care for them. He was so friendly that it seemed like he never met a stranger.
Ron died at home on September 19, after valiantly battling a rare neurological disease for 6 years. One of the things Ron missed most these past few years was getting to be out and about seeing and talking to people. Every card, call, meal and visit meant the world to him, especially meals shared with precious friends and the worship services held at the house. Good Shepherd Hospice of Newton was a tremendous source of help and strength to both Ron and Ginger for several months. The staff is very treasured and loved.

Ron was preceded in death by his parents, Hoyt and Irene Mauck and his step mother Winifred (Claypool) Mauck. He is survived by his wife, Ginger, of rural Benton, his daughter Tracy (Kourt) Klaassen of rural Whitewater, his son Matt (Kim) Mauck of Durant, Oklahoma, and five wonderful and hugely loved grandchildren, Dylan and Drew Klaassen and Katelyn, Cameron, and Kennedy Mauck. He is also survived by his two brothers, Don (Archie) Mauck of rural Whitewater and Paul (Diane) Mauck of Mead, Oklahoma, several cousins, and many nephews and nieces.

There will be a celebration of life memorial service at Northside Church of Christ, 4545 N Meridian, Wichita, Kansas at 1:00pm on September 21, 2021.

A memorial has been established with Know Your Bible, 4545 N Meridian, Wichita, Kansas 67204 and Good Shepherd Hospice in care of Lamb Funeral Home, P.O. Box 358, Whitewater, Kansas 67154. Please sign his online guestbook and leave a memory of Ronald at www.yazelmeglifh.com.

To order memorial trees or send flowers to the family in memory of Ronald Keith Mauck, please visit our flower store.