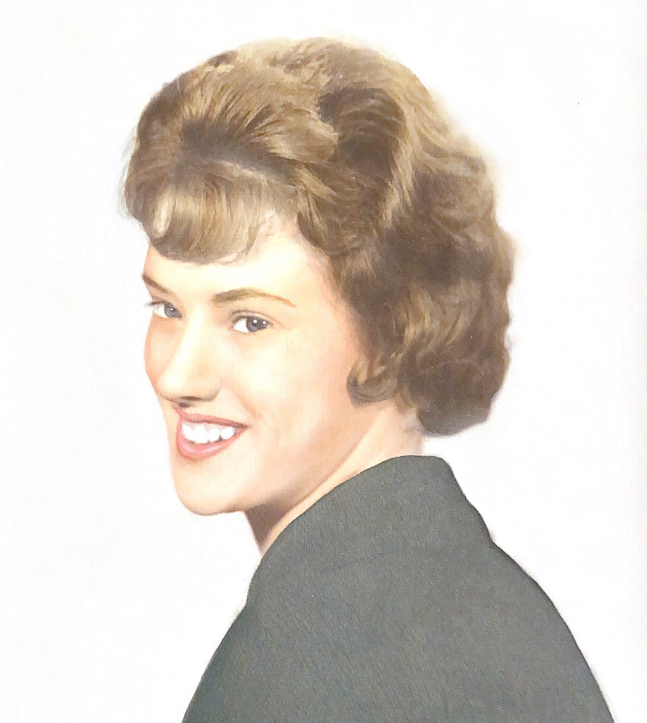 Rosalind’s life began on October 28, 1944, the daughter of Charles E. and Rosetta (Newell) Carter in Richmond, Missouri. She graduated from Potwin High Class of 1963 and married Harry Lee Swift on July 17, 1963 at the Potwin Christian Church.


Rosy and Harry managed Newell’s Truck Stop in Newton where she was also a hostess and a waitress. She was a member of Potwin Christian Church and the American Legion Auxiliary. She enjoyed bingo, casinos crafts, baking, cooking shows on television, setting up for farmer’s markets with their friends, Lucy and Denny. They enjoyed having hunters in to play poker and their annual fishing trip to Texoma, Oklahoma.

She was preceded in death by her parents; husband, Harry in 2013; daughter, Cheryl Ann Swift; brothers, Johnny, Paul, Dale and Larry Carter; a sister, Dorothy Carter. Rosy passed away peacefully with her family by her side on Wednesday, October 20, 2021, at the age of 76 years old.

Her family will gather with friends on Wednesday, October 27, from 12 noon until 1:00 p.m. with her funeral service following at 1:00, both at Lamb Funeral Home, 120 S. Main in Whitewater. She will be laid to rest in Matfield Green Cemetery at 3:00 p.m. In honor of Rosy’s love of KU please wear red and blue

Memorial contributions may be directed to Kansas Humane Society in care of Lamb Funeral Home, P.O. Box 358. Whitewater, Kansas 67154. Please sign her online guest book and leave a memory of Rosy at www.yazelmeglifh.com

To order memorial trees or send flowers to the family in memory of Rosalind "Rosy" Jeannette Swift, please visit our flower store.