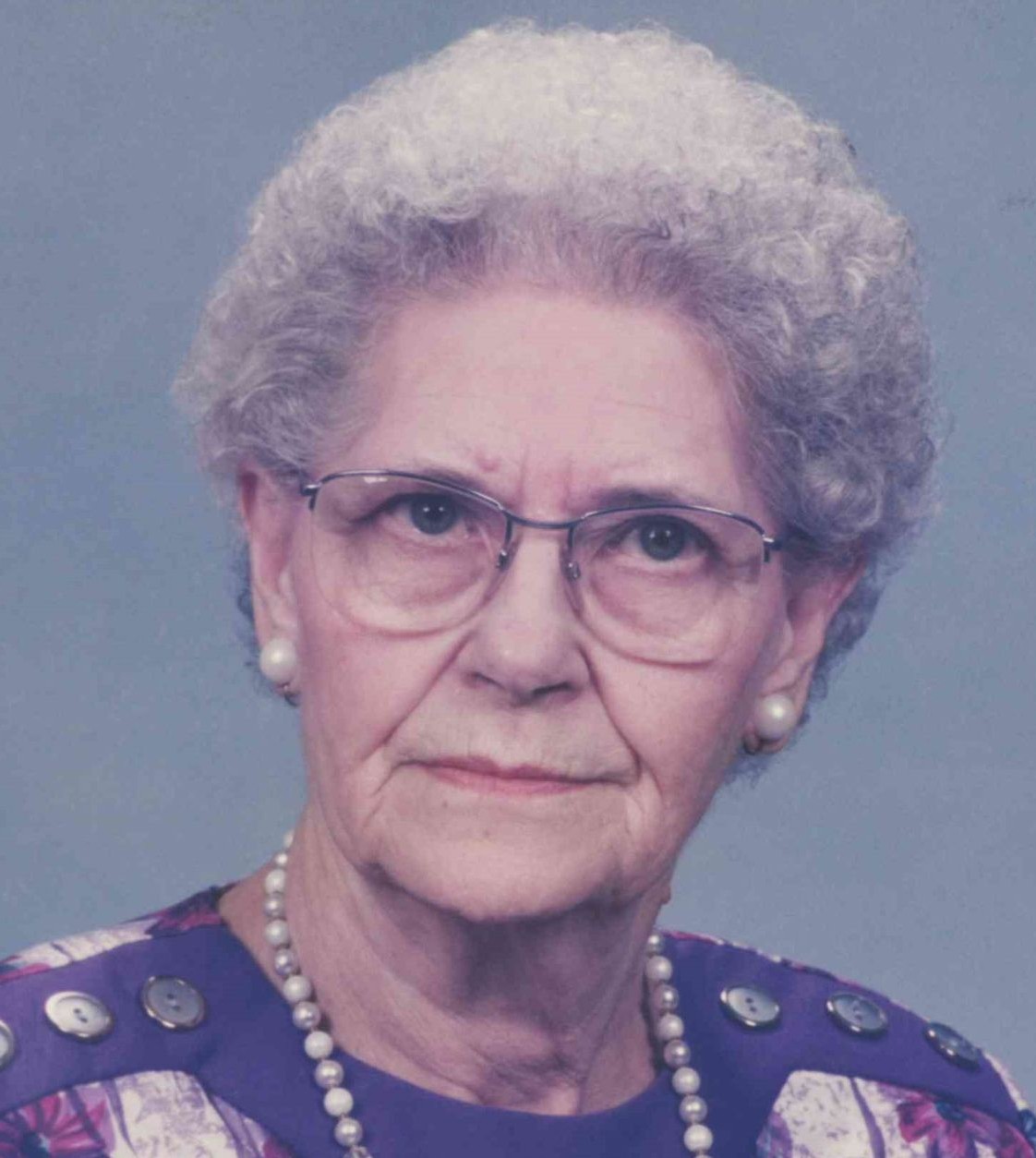 Rosetta May (Lawrenz) Schlesener life began on a small farm northwest of Herington Kansas, on August 27, 1921. She was the daughter of Karl and Olga (Ohm) Lawrenz. Rosetta lived on the dairy farm with four brothers and one sister. Rosetta attended a one room rural grade school called Rocky Vale District 83, which was located a half mile east of the farm, which later, the school was moved to Lost Springs, Kansas. At the Rocky Vale school, she graduated eighth grade, she did not attend high school. She stayed on the farm to help with the dairy, meals, chickens, and help with loading wood for the wood stove on the farm. On Sept 4, 1921, she was baptized at the Immanuel Lutheran Church. In 1928, her family changed over to the Zion Lutheran Church, in Latimer Ks. During that time, she attended parochial school for two years, where she would than stay with her Aunt Martha and Uncle John and then return home on the weekends, she was then later confirmed on May 12, 1935, by Pastor O.C. Jagels, in Latimer Kansas. Rosetta’s memory verse for confirmation was, Grow in grace, and in the knowledge of our Lord and Savior Jesus Christ 2 Peter 3: 18. Rosetta lived with that verse as she went through the rest of her journey. On June 18, 1942, Rosetta married Harvey Schlesener at the Zion Lutheran church parsonage in Latimer, Kansas. Later they moved to a farm northwest of Herington Kansas. Rosetta joined the Immanual Lutheran church (Shady Brook), her husband was already a member there. Rosetta was a homemaker in which she would help her husband with the daily house chores and farming. As years went by Rosetta and Harvey welcomed two beautiful baby boys, Lyle Dean and Jerry Alan. She remained on the farm raising the boys and helping her husband farm. In 1994 her husband had to go into the Herington care home. Rosetta stayed on the farm maintaining it until 1996, where she decided to move to Herington Heights Home where she could be closer to her husband. She would take daily walks to visit him until he passed away on March 7, 2003. She remained as a member of the church.  On October 15, 2014, Rosetta moved into the Legacy Nursing Home there she stayed until her death. Rosetta lived a beautiful long-lasting life. On July 13, 2022, she went to heaven peacefully with her sons by her side. She is preceded in death by her parents Karl (Olga) Schlesener, her sister Bernice Diekmann, and four brothers, Harry Lawrenz, Elmer Lawrenz, Charles Jr. Lawrenz, and LeRoy Dean Lawrenz, and her husband Harvey Schlesener. Surviving family members are her two sons Lyle (Ron Marteeny) Schlesener of Daytona beach, Floridia, Jerry (Caroline McIntosh) Schlesener of Herington, Kansas, and many nieces and nephews. Family will have visitation on Sunday July 17, 2022 from 3-5 pm at Yazel-Megli Funeral Home in Herington, Kansas. On Monday July 18, 2022 at 10 am, family will have a graveside service at Shady Brook Cemetery with Pastor Alan Stahlecker leading her service. Family would like any memorials to be directed to Immanuel Lutheran Church Shady Brook or Legacy of Herington. Be thou faithful unto death, and I will give thee a crown of Life. Rev. 2:10 Please sign her online guestbook and leave a memory of Rosetta at www.yazelmeglifh.com.

To order memorial trees or send flowers to the family in memory of Rosetta May Schlesener, please visit our flower store.