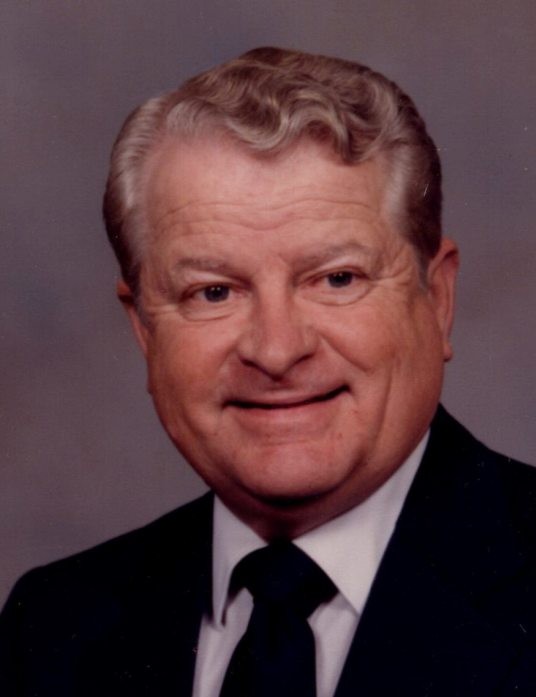 Ross E. Girton was born February 11, 1932, at Delphos, Kansas, to Clarence Everett and Christie Olive (Pinney) Girton.  The first born child was brother, Everett, next came the twins, Russ who said, “ he didn’t stay in as long as Ross for the perm”, then sister, Iliene, and the youngest sister, Judy.

He graduated from Tescott High School with the class of 1950.  He enlisted in the Naval Reserve in 1951, and went into active service the later part of 1953.  He served on the USS Boxer Fleet in Moffett Field, California.  He served six years.  He went to work at Beech while living in Council Grove, and once he completed Barber College in Wichita, he worked briefly as a barber in Council Grove, moving to Herington in 1955, and set up shop with Clayton Nelson.  He was a barber for 56 years retiring from Ross Barber Shop, in 2016.

He was a member of the First Baptist Church; Dix Day Post #1281, VFW; a past commander of Carey R. McClaren, Post#12, American Legion; past master of Kansas Lodge #307, past high priest Kansas Chapter #73; past commander of Herington Commandery #33; past president of Tri- County Shrine Club all of Herington, and served on the chain gang of the high school football games for many years.  He was a member of the Herington Country Club.  He was a regular on the golf course during the summer months playing weekly with his buddies Shorty Ferrell, Clayton Strome, and George Rogers, on Monday, his day off.

He married Rosetta M. Sorenson, June 2, 1951, at Denmark, Kansas.  They made their home in Herington in 1955.  They were the parents of Crisetta, Kelly, and Holly.  They were also foster parents for more than thirty years caring for nearly sixty children.  He is preceded in death by his brother, Everett; twin brother, Russ; son-in-law, Jim Middleton; and his parents.

Memorial gifts are to First Baptist Church or Hospice of Dickinson County; and they may be sent in care of Zeiner Funeral Home, 404 S Broadway, Herington, KS 67449.

To order memorial trees or send flowers to the family in memory of Ross E. Girton, please visit our flower store.