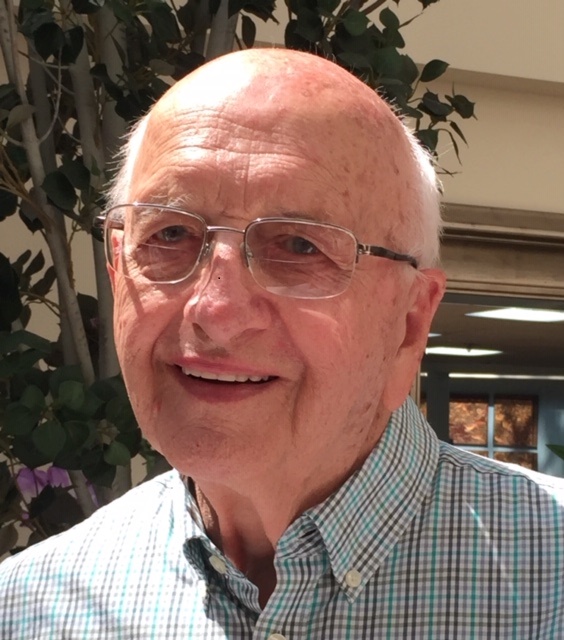 Rosse Braddock Case was born to Alex Heaton Case and Helen Braddock Case in Marion, Kansas, on May 17, 1927. Rosse graduated from Marion High School in 1945, and in April of that year, he enlisted in the U.S. Navy. He was in boot camp when his high school graduation occurred and his father accepted his diploma for him. He served the Navy in the Philippine Islands, Japan and China. He received an honorable discharge as Seaman 1st Class after World War II ended. He remained in the Naval Reserve, but he was never called for additional duty. He attended the University of Kansas before transferring to Emporia State in 1947, graduating in 1951 with a Bachelor of Science in Business.

Rosse married his high school sweetheart, Janice Marilyn Socolofsky, on June 12, 1949, while they were students at Emporia State. After Rosse’s graduation, they returned to Marion and Rosse, along with his brother Alex Jr., became the fourth generation to enter the family business, Case & Son Insurance Agency. The agency was founded in 1868 by their great grandfather, Alex E. Case.

Rosse and Janice lived and raised their family in the former house of his grandparents, Rosse and Emma Case, for 58 years. They had three children: a daughter, Tamara, followed by their son, Rosse Braddock II, and daughter, Teresa Jane. In addition to his vocation, Rosse devoted much of his time to his family, church and community. He was an active member of the Marion Presbyterian Church, serving on the board of trustees and the session, participating in all church activities and singing in the choir for 52 years. He was a member of Kiwanis, Marion Chamber of Commerce, American Legion, VFW and the Masonic Lodge. He served on numerous boards and committees, including multiple years on the cemetery board. He enjoyed all sports as both a participant and a fan, attending most local sporting events. He was an avid and skilled golfer, and he enjoyed fishing, snow skiing, bridge, reading and traveling to many places and countries.

In January 2015, Rosse and Janice moved to Overland Park, Kansas, to live at the Atriums, an independent retirement community, and to be closer to family. He celebrated his 90th birthday there with all his family and many old and new friends. In January of 2018, Rosse and his family returned to Marion to celebrate the 150th anniversary of Case & Son Insurance – a very special event for all. In September 2018, Rosse and Janice served as Grand Marshals in the annual Marion Old Settler’s Day parade.

Rosse was preceded in death by his parents Alex H. and Helen Case, and brother, Alex Case, Jr. He is survived by his devoted wife of almost 70 years, Janice Case, and their children and spouses: Tammy and J.L. Stone, Brad Case and William McMechen, and Teresa and Joe Nielsen; as well as his grandchildren: Lory Stone and Iván Marín-Soler, Lisa and Chris Licause, Haley Nielsen, Hannah Nielsen and Abby Nielsen; and his great grandchildren: Alex Licause, Ben Licause, Lillian Marín and Ross Marín.

Rosse was well known for his humor, quick wit, laughter, teasing and positive outlook. Those who knew him came to recognize and admire the kindness that went along with the fun. He loved his community, his friends and, most of all, his family. He truly loved small town life in Marion and never wanted to leave. He was very proud to call it home.

To order memorial trees or send flowers to the family in memory of Rosse Case, please visit our flower store.