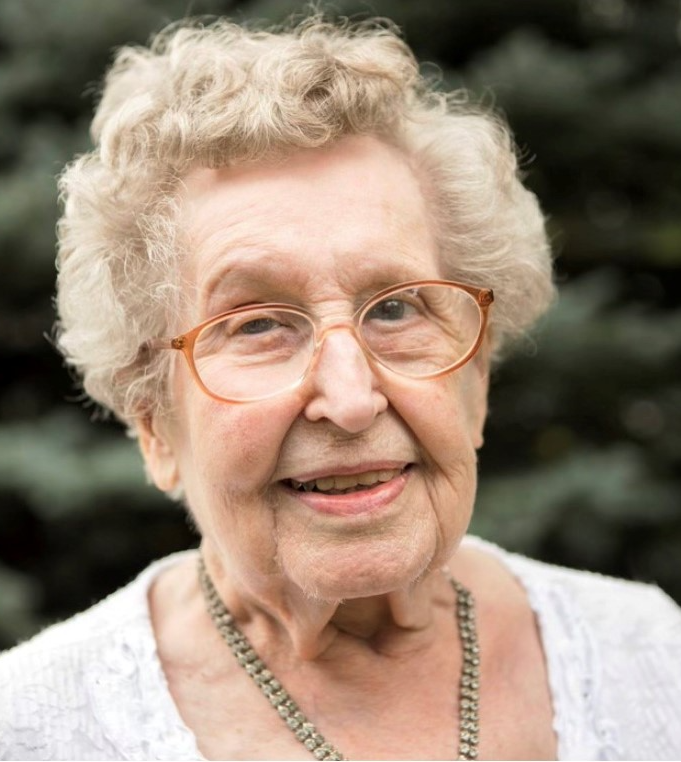 Ruth’s life began on August 30, 1928, in Faribault, Minn. She was the daughter of Hugo and Margaret (Krause) Velzke. Ruth was educated at Concordia School and University in Seward, Neb. She was assigned to teach at St. John’s Lutheran school in Lincolnville, and later went to Kansas State Teachers College in Emporia for her bachelor's degree in education.

Ruth married Vernon W. “Bum” Poppe on August 14, 1949, in Faribault, Minn. They raised their family in Lincolnville, Kan., for 45 years before she moved to Clay Center, Kan., following Bum’s passing. She was an elementary school teacher in Pilsen and Lost Springs, retiring in 1990 from the Centre Unified District. She was a faithful member of St. John’s Lutheran Church in Lincolnville, serving as the church organist for over 50 years. Ruth enjoyed quilting and belonged to quilting guilds in Hillsboro and Clay Center.

Ruth passed away on Tuesday, July 12, 2022, at Avdena Living in Clay Center. She is preceded in death by her parents, husband Vernon(Bum), children Tom Poppe and Marsha Koster, granddaughter Erin Koster and grandson-in-law Barry Sullivan.

Ruth’s family will gather with friends on Monday, July 18, 2022, at St. John’s Lutheran Church of Lincolnville from noon until 1 p.m. after which funeral services will be led by Pastor Alan Stahlecker. She will be laid to rest in Lincolnville Cemetery. Yazel Megli Funeral Home, Marion, is serving the family. Memorial contributions in her name may be directed to St. John’s Lutheran Church, Lincolnville. Please sign her online guestbook and leave a memory of Ruth at www.yazelmeglifh.com.

To order memorial trees or send flowers to the family in memory of Ruth Margaret Poppe, please visit our flower store.