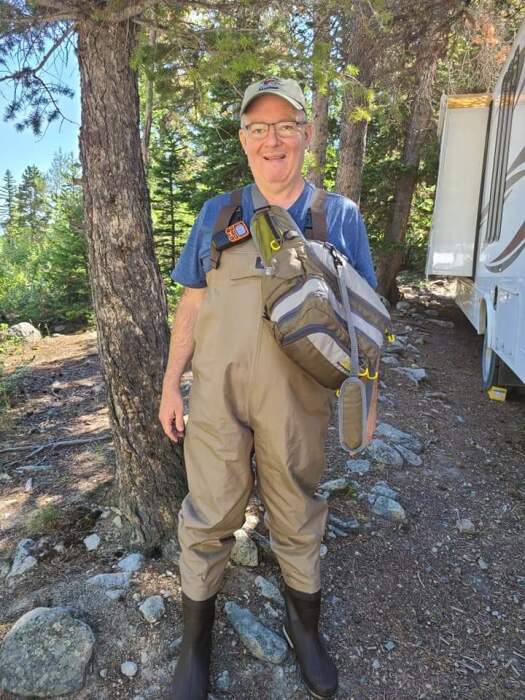 Scott’s life began on July 7, 1968, in Charleston, SC.  He was the son of the late Lynn Carter and Cathy (Gerry) Henderson.  Scott is a graduate of El Dorado High School and received his Bachelors and Master’s Degree in Education from Emporia State University.  Scott served as the Superintendent of Schools in Herington KS, Kingman KS, Queets WA, and Shepherd MT; and devoted his professional life to finding new and innovative ways to reach and educate his students.  He was an avid fisherman and hunter who enjoyed the outdoors and exploring.  Scott was a world traveler, visiting and working in the Middle East, China, Kuwait, Alaska and so many more destinations.  He was united in marriage to Andrea (Shomaker) on December 24, 2013, at the First Presbyterian Church in Marion.  He is survived by his wife Andrea of Billings, MT; children Kathlynn (Tyler) Neufeld of Hesston, Elizabeth Carter of Topeka, and Herschel Carter of Billings, MT., parents Gerry and Cathy Henderson of Marion, siblings Andy Carter of Chicago, John Henderson of Austin, TX, and Barbara (Adam) Henderson White of Covington, KY and several nephews.  Scott passed away on Wednesday June 30, 2021, at Newton Medical Center.  He is preceded in death by his father Lynn Carter.  Scott’s family will gather with friends on Monday July 5th at 4 p.m. at the First Presbyterian Church in Marion for his memorial service.  Yazel-Megli Funeral Home is serving the family.  Memorial contributions in Scott’s name may be directed to the Marion County Food Bank in care of the funeral home.  Please sign his online guestbook and leave a memory of Scott at www.ymzfh.com.
To order memorial trees or send flowers to the family in memory of Scott Carter, please visit our flower store.