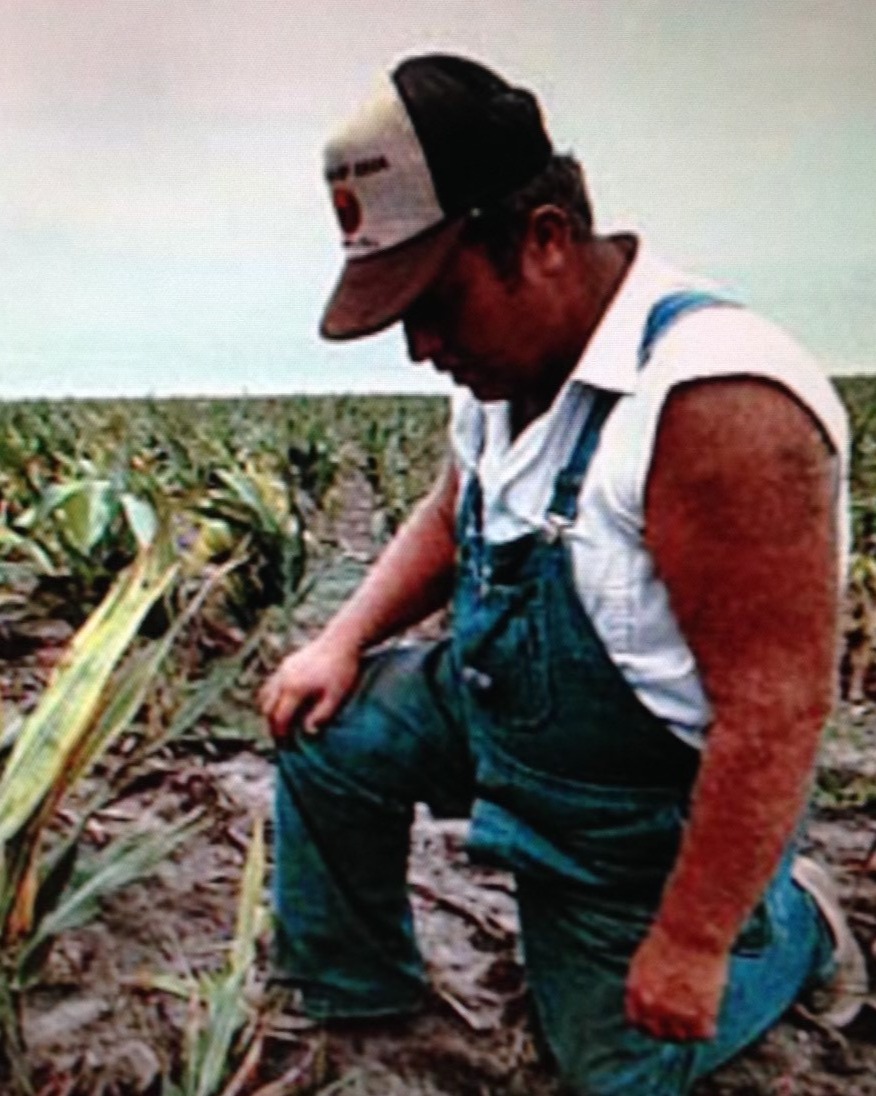 Steven (Steve) J. Stroda died at his home in rural Hope December 14, 2022, with his wife of 53 years by his side, and was greeted in heaven by his grandson Tate Riedy. He was born on April 21, 1947, to Max and Joan (Strait) Stroda of Hope. Steve was raised on the farm, he loved that life. He graduated from Hope High School with the class of 1965. It was there that he met his wife, Barbara. They began dating their junior year of high school.

After high school Steve went to farming right away and spent the rest of his days after retirement doing what he loved driving around the countryside, visits with family and time relaxing with their rescue dogs. Steve and Barbara (Backhus) were united in marriage April 19, 1969, at St. Phillips Catholic Church in Hope where he was a lifetime member.

Steve wasn’t quite sure what to do with four girls on the farm. But he taught them the value of a dollar, how to put in the hard work to where you want to be in life, drive a tractor, bin wheat and how not to hook a fence row. He was a 4-Her and 4-H Dad. It was hard work and multiple trailers hauling loads to the fair each year.

Those years were the family vacations from daily tasks on the farm. He loved to chat and visit with people he would see. Show animals were important and he was more than happy to stay the night to watch over the animals. He embraced his son-in-laws the only way he knew how, and quickly realized why God gave him girls to raise. Steve enjoyed dry land farming and raised cattle in his younger years. He was a tractor enthusiast at heart so driving, riding and in later years collecting antique and toy tractors was a passion for him.

His grandkids were his pride and joy, and he was extremely proud of each of them.  Steve is survived by his wife, daughters and their spouses and grandchildren: Whitney (Aaron) Broxterman, Paige (Cole) Wildman, Chase (fiancé Sydney) Krause, Drew Riedy, Hannah Riedy, Leah Riedy, Colton O’Bray, Carter O’Bray, Avery O’Bray, Addison O’Bray, Grace Diekmann, Emilee Diekmann, and Logan Diekmann. He loved to get visits from his great-grandchildren: Greyson Broxterman, Brynlee Broxterman, Wyatt Wildman, Paityn Wildman, and baby Broxterman due in April.

Besides his parents he is proceeded in death by his grandson Tate and sister Sherry Little. He is survived by siblings Linda Peters and Janet Barrett.

Steve was a simple man and his request was to be cremated. A Celebration of Life will be held; Thursday, December 22, 2022, at the Hope Annex from 2-4 pm.  The family designated memorials for: Helping Hands Humane Society-Topeka (for his love of rescue dogs), Most Pure Heart of Mary, Catholic Schools-Topeka (playground equipment) and Neighbor to Neighbor- Abilene (where they frequently donated their extra garden produce).  Memorials may be sent to 1242 Quail Road; Hope, KS 67451.

To order memorial trees or send flowers to the family in memory of Steven James Stroda, please visit our flower store.