Stuart was born on September 5, 1949 to Merl C. (Cap) and Isabel A. (Izzie) Baxter Spangler. He was welcomed home by an older sister, Alice Ann.  Stuart grew up in Herington, Kansas where his favorite thing to do was ride his bike around Herington picking up cans. He loved to watch people at work outside and kids at play at the swimming pool, park, and ball fields in the summer months.  He was very friendly but shy. He lived a block from the train tracks and liked to watch the train switch in the yard.  The 4th of July and Christmas were his favorite holidays.  He would light firecrackers with one hand, covering his ears with the other hand.  Santa would deliver his presents via a helicopter instead of a sleigh.

Stuart loved spending time and going on vacation with his sister’s family, Alice and Robert Bell, nephews, Marty & Robbin, and niece, Terri. They often traveled to Colorado staying in cabins at Colorado Springs and Estes Park.  They also traveled to Yellowstone National Park in Wyoming.

Stuart left Herington around 1984 for Topeka and then moved to Seneca in May of 1990.  Except for a 2-year trial of living in his own apartment, Stuart lived at a group home operated by the Nemaha County Training Center. Stuart received support services from NCTC from 1990 to 2018 when he moved to Lakeside Terrace in Sabetha.  He was employed by the J-6 Farms hog operation in rural Seneca from September 1995 to June 2011.  Stuart absolutely loved working at J-6 with the little pigs!  He developed a wonderful friendship with his supervisor, Bob Boden and his wife, Joyce, and other employees at the farm. These were friendships that he cherished and would fondly talk about even after retiring from J-6.

Stuart always had a love for the railroad, which he got from his father.  Merl worked for the Rock Island Railroad, holding various jobs including fireman, brake-man, engineer, and conductor.  Stuart’s room was always decorated with train décor that he loved to collect, and he loved to wear t-shirts with train logos and his engineer’s cap. For his 50th birthday, his wonderful friends, Lorna and Ed Farrell, took him to Railroad Days in Topeka.  While at Lakeside Terrace he was able to go see the Union Pacific Big Boy Steam Engine and frequently visited Van’s Electric model train collection in Fairview, Kansas.  Stuart always looked forward to every holiday because his loving niece, Terri, would always send him a package.  Stuart cherished each package she sent.

Stuart was known by everyone in Seneca and was very self-sufficient!  Stuart would visit every job site, inquiring on what they were building and monitoring their progress.  He would also sit for hours by the railroad tracks when a train crew was working.  He was known to ride his tricycle around town helping keep Seneca clean.  Stuart had a wagon made for his tricycle so he could pick up trash or pop cans to recycle.  You never knew what Stuart was going to bring home that were “treasures” in his wagon!  He always had a plan or a project in mind for those “treasures” he found along the way.

Stuart is survived by his legal guardian and long-time friend, Susan L. Bowman and husband, Dr. David A. Bowman; his nephews, Marty (wife, Kelly) Bell and Robbin Bell; his niece, Terri Winter (husband, Ron); great-nephews, Tyler Bell and Colton Bell; a great-niece, Brooke Bell; and many wonderful and caring friends in the Sabetha and Seneca communities.

A memorial will be held Thursday, July 7, 2022 at 1 pm in the Fellowship Center at 1441 Virginia St., Sabetha, KS. Burial will be at Sunset Hill Cemetery, Herington, KS at a later date.

Yazel Megli Funeral Homes, Herington is serving the needs of the family.  Please sign his online guestbook and leave a memory of Stu at www.yazelmeglifh.com.

To plant memorial trees or send flowers to the family in memory of Stuart Spangler, please visit our flower store.

Stuart you have defiantly imprinted my heart in so many ways, i love u and i miss seeing ur lovley face everyday!!! your smile lit up a entire room!!! thanks for letting me care for u and gett to know you , you are one of kind fly high <3 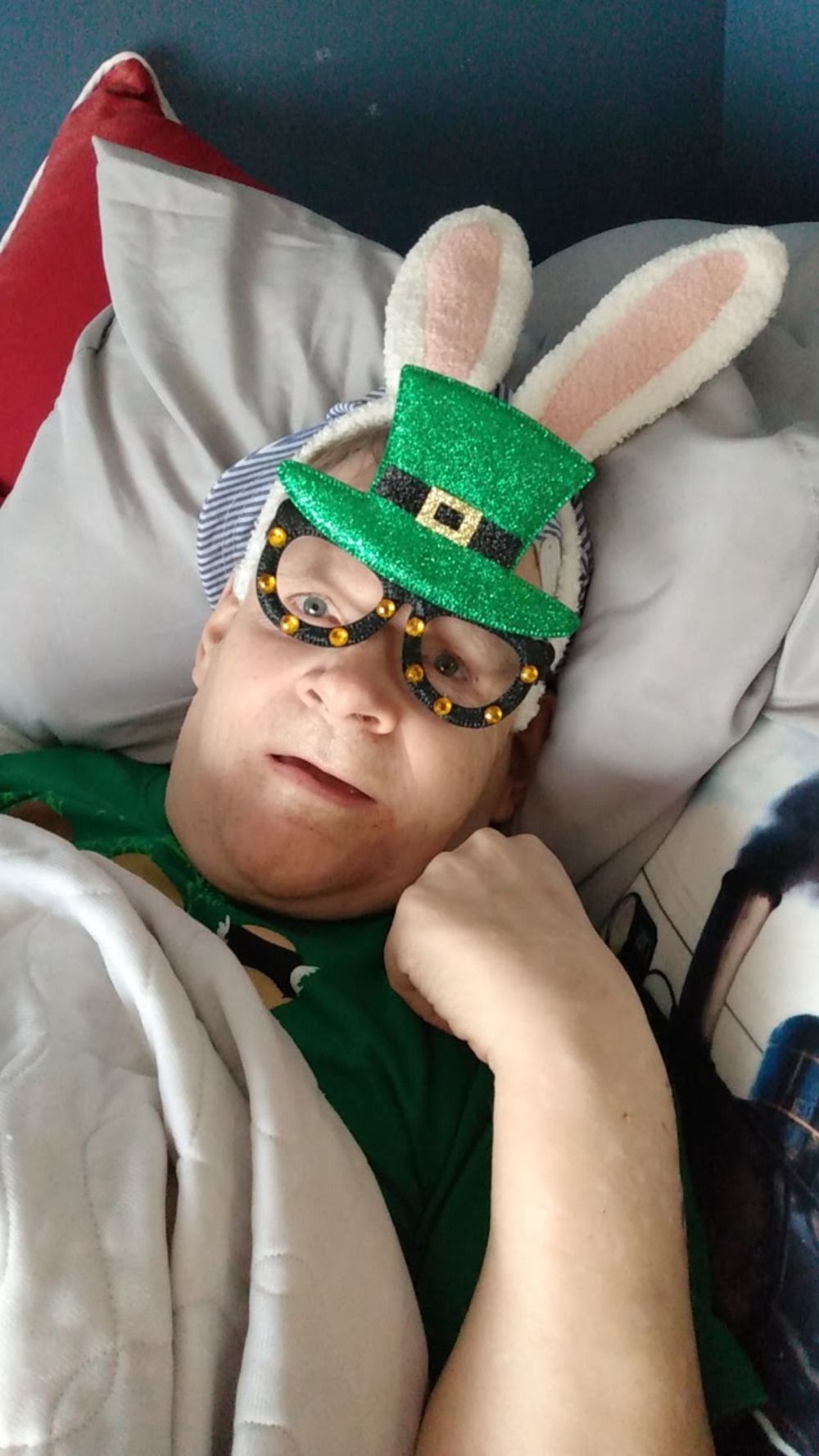 Many years ago my run on the old Missouri Pacific took me through Herington and Stuart became one of the people I grew to look for as we rolled through town. His friend Bobby Rohrman and he were frequently seen together watching the trains. One night when it was terribly cold we had instructions to pick up a freight car if the wheels had been repaired. We were trying to figure out if the repairs had been made when from out of nowhere Stuart appeared on his bicycle. No jacket just his ever present t shirt and he said ,”You guys should have been here today. A big orange truck lifted up that car and put different wheels under it.” THANK YOU STUART!!! The tracks are long gone and all that is left is memories. I have thought about him often and will remember him in my prayers tonight. RIP Stuart Spangler.

So very sorry for your loss. Stewart was always kind and a sweet man.