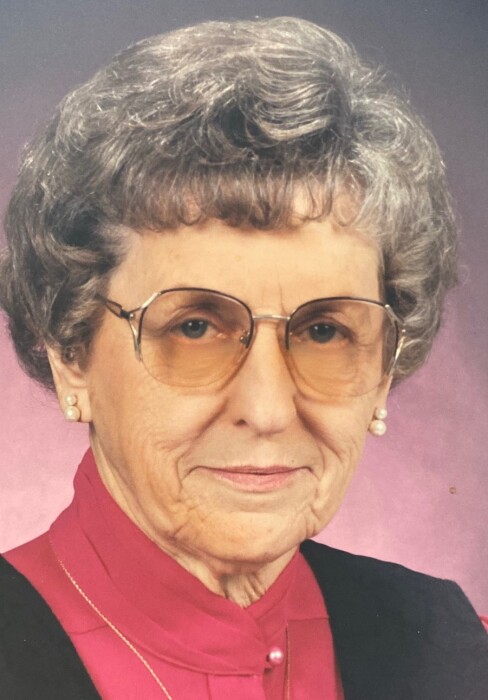 Sylvia's life began on July 24, 1924 in Pilsen.  She was the daughter of John and Victoria (Franta) Svitak.  Sylvia attended grade school in Pilsen and graduated from Lincolnville High School.  Not long after graduation Sylvia went to work at the Pilsen State Bank, followed by the Lincolnville State Bank and the Ramona State Bank.   Sylvia worked as a bookkeeper for the Marion Sale Barn and later the Herington Sale Barn.  She was good with numbers and had a quick wit which she used on her family and in business too.  Sylvia was united in marriage to Paul S. Bezdek on November 5, 1945 and enjoyed many years of marriage, raising two daughters, cultivating their garden, keeping a dairy, very involved on the farm and living a good life.  Sylvia was a parishioner of St. John Nepomucene Catholic Church in Pilsen, and St. Anne's Altar Society.  She loved to Polka dance, a big part of her life as Paul was a drummer in a Polka band for many years.  Sylvia loved to attend the dances at the Pilsen Community Center.  The one thing she disliked weeds and could swing a mean corn knife. She took pride in keeping the farmyard mowed.   Sylvia's greatest joy was her family which includes her daughters Paulette Holub of Lost Springs and Marcia (Dan) Falen of Hope; grandson Greg (Pam) Holub of Lost Springs; great grandchildren Gentri Holub, Kelsi (Marshall) Hopkins, Zachari Slayden. Jerami Slayden, Amanda Cooper, and Tony Creekmore; and ten great great grandchildren.  Sylvia passed away on Friday October 9, 2020 at St. Luke's Living Center.  She is preceded in death by her parents, husband Paul, brothers Paul and George Svitak and son in law Gerald Holub.  Her family will gather with friends on Wednesday from 4-7 p.m. at Yazel-Megli Funeral Home, Marion where a rosary service will be held at 6 p.m.  Mass of Christian Burial will be celebrated on Thursday at 10:30 a.m. at St. John Nepomucene Catholic Church, Pilsen.  She will be laid to rest in Pilsen Cemetery.  Memorial contributions in Sylvia's name may be directed to the Father Kapaun Legacy Fund or St. Luke's Living Center.  Please sign her online guestbook and leave a memory of Sylvia at www.ymzfh.com.

To order memorial trees or send flowers to the family in memory of Sylvia Anna Bezdek, please visit our flower store.