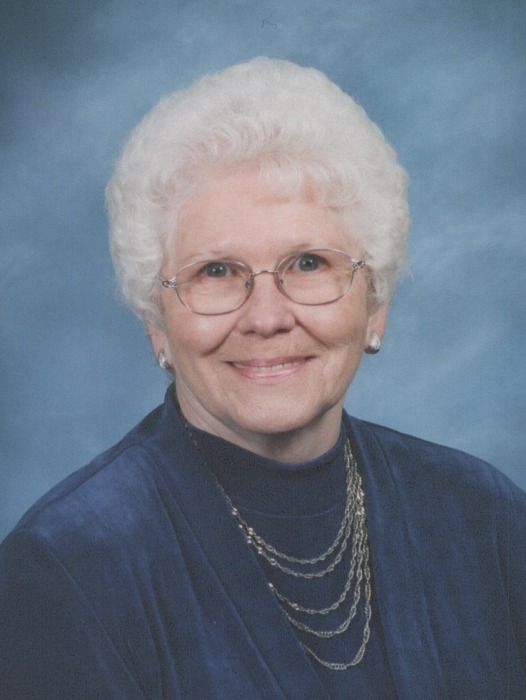 Sylvia's life began on April 16, 1930, on the family farm in rural Lincolnville.  She was the daughter of Fred and Kathrina (Brunner) Winter and her stepmother Frieda (Budde) Winter.  Sylvia was a 1947 graduate of Lincolnville High School, a graduating class of just eight students. She accepted Christ as her Lord and Savior and was baptized as a youth.  She was united in marriage to Jack Helmer on March 13, 1952 in Marion.  Sylvia was a member of the Eastmoor United Methodist Church and worked with the ladies of the church on funeral dinners and other events.  She was an excellent baker, known for her cherry pies and angel food cakes. Sylvia enjoyed painting the woodworking projects that Jack made.  She was good at needlework and loved to travel.  Sylvia was a member of the Neo-Century Club and the VFW Auxiliary for several years.   Sylvia's greatest joy was her family which includes her children Shirley (Gordon) Groening of Marion and Kendall (Melinda) Helmer of Wichita; grandchildren Kristin (Matt) Brenzikofer,  Jenny (Aaron) Acree, Leslie (Seth) Beytien, and Lauren (Tim) Hartland; great-grandchildren Brennen  and Hanna Acree, Adalyn, Avery, and Nora Hartland and Vivian Beytien; her brother Alvin Winter of Marion and sister in law Wanda Winter of Salina and many nieces and nephews.  Sylvia entered into her heavenly home while surrounded by family on November 10, 2019 at Marion Assisted Living. She was preceded in death by her parents, stepmother Frieda, husband Jack in 2007, brother Clarence Winter, sister Minnie Winter, and brother Herman Winter.   Sylvia's family will gather with friends on Friday from 4 to 6 p.m. at Yazel-Megli-Zeiner Funeral Home, Marion.  Her funeral service will be held on Saturday at 1 p.m. at the Eastmoor United Methodist Church led by Pastor Darren Frazier.  She will be laid to rest in Marion Cemetery.  Memorial contributions in her name may be directed to Eastmoor United Methodist Church or the St. Luke's Hospital Foundation.  Please sign her online guestbook and leave a memory of Sylvia at www.ymzfh.com .

To order memorial trees or send flowers to the family in memory of Sylvia Helmer, please visit our flower store.