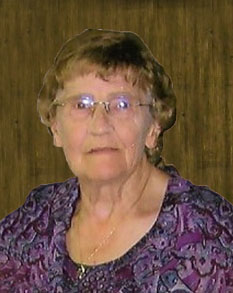 Tena Busenitz, the 9th blessing of 15 children, was born to John and Aganetha Driedger on June 29, 1928, in Osler, Saskatchewan Canada.

While growing up on her parents farm, she loved playing with the kittens in the barn loft. Some of her responsibilities were weeding and hoeing in their large garden, herding the cows, and learning to care for the sheep and pigs. These things taught her not only where her food came from but also a good work ethic. Tena writes in her journal, “as a young child I enjoyed my job of hauling wood in for the cook stove, I always imagined God watching me and I wanted to do the best job I could.” During the long winters, she had a lot of fun in the snow and skating on the ice. When it was too cold to be outside, she enjoyed being in the house playing games with her brothers and sisters. It was especially delightful when her dad would join them in these activities. She had many happy memories from her childhood. Because they never had a lot of things or money, she learned early in life that love of parents and family is what is truly important.

She began her education in a one room schoolhouse two miles from their home. When the weather allowed they would walk to school but on the very cold days they would ride in a cabin type sled and snuggle into straw and fur blankets. She completed her education with 4 winters of Bible college at Two Rivers Bible Institute. Her summers were spent working at Bible camps.

At the age of 16 she had  made a decision  which became the foundation for how she lived the rest of her life. She had received gospel tracts in the mail which explained that Jesus had died to pay the penalty for all the wrong she had done and would do and that He rose again and conquered death. So that day she knelt by her bed and placed her faith in Jesus as her personal savior.  Tena would tell you this is the most important decision you can make.

In her early twenties Tena worked at North Battleford Mental Institute caring for the patients. She also had a dream of serving the Lord on the mission field but was turned down because of a back injury. She then went to work at the Youthfarm in their main office and later took over the crippled children's ward at the same facility.  It was there she met the love of her life Ed, a Kansas farm boy who had come to work at the Youthfarm also. They were married on July 25, 1962 in Rosthern, Saskatchewan Canada. The ceremony was performed in both low German and English because Tena wanted her relatives that didn’t speak English to hear the gospel message that was given. In April of 1963 they moved back to Kansas and began farming with Ed’s dad.

Darlene was added to the family in June of 1963 and Douglas joined her in November of 1965. After several miscarriages Ed and Tena decided to do foster care, taking care of many babies until, surprise, she found out she was pregnant! Denise was born in January of 1974, a month overdue.

Tena was actively involved in Swiss Church with Bible studies, Sewing Circle, teaching sunday school and  Missions Committee. Always willing to help where she was needed, Tena often sharing baked goods from her kitchen. Even though she was never able to serve on the mission field her heart for missions never diminished. She was a faithful prayer warrior for many missionaries serving in the field. Not only did Tena pray regularly for missionaries but also for her children, extended family and church family as well. She had the gift of hospitality, having many people into her home.  In her “spare” time she decorated cakes of all kinds for many people.

Tena died peacefully in her home on Friday, April 5th, surrounded by her family. She will be greatly missed but we know without a doubt that as she slipped from this world her faith became sight as she saw her Lord and Savior, Jesus Christ!

She is preceded in death by her parents, 4 sisters, 6 brothers and a granddaughter, Kaitlin Busenitz.

To order memorial trees or send flowers to the family in memory of Tena Busenitz, please visit our flower store.