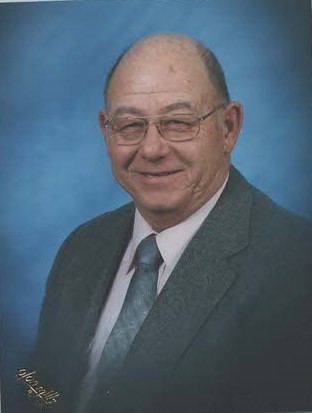 Thad's life began on January 26, 1943, the son of Arthur Lee and Myrtle Genevieve (Snelling) Meierhoff in Marion, Kansas. He graduated from Marion High School with the Class of 1961 and then served his country in the US Army Reserves. He married Edith Jane "Janie" Hett on February 14, 1965, in Marion.

Thad worked on the family farm until he moved to town with his family. He worked at Lynn’s Truck and Tractor from 1973 to 1980. In 1980 it became Lynn’s Farm Equipment and he continued to work there until 1994. In 1994, he purchased Beaston’s Market and ran the store for 16 months. Upon selling the store, he began work for Sander’s Electric for the next four years. He continued as an electrician for the City of Marion until his retirement in 2008.  After retirement, he worked part-time alongside his son, Chris, at Marion Marble and Granite. He was a Volunteer Fireman for 31 years serving as the Fire Chief from 2000 to 2005. He was a member of the Butler Community College Grizzlybacker Athletic Club, Lions Club, and a Boy Scout leader. He enjoyed fishing, woodworking, gardening, bird watching, tinkering around, and watching westerns on television. He was also a history buff, and thoroughly enjoyed attending his grandchildren's activities.

He was preceded in death by his parents, and a son, Cecil Dean Meierhoff. Thad passed away peacefully on Wednesday, February 5, 2020, at the age of 77 years old.

His family will gather with friends on Saturday, February 7, from 5-7 pm at the Yazel-Megli Funeral Home. A memorial service will be held Sunday at 2:00 pm at the Marion Christian Church, 140 N Elm, Marion.

To order memorial trees or send flowers to the family in memory of Thad Lee Meierhoff, please visit our flower store.